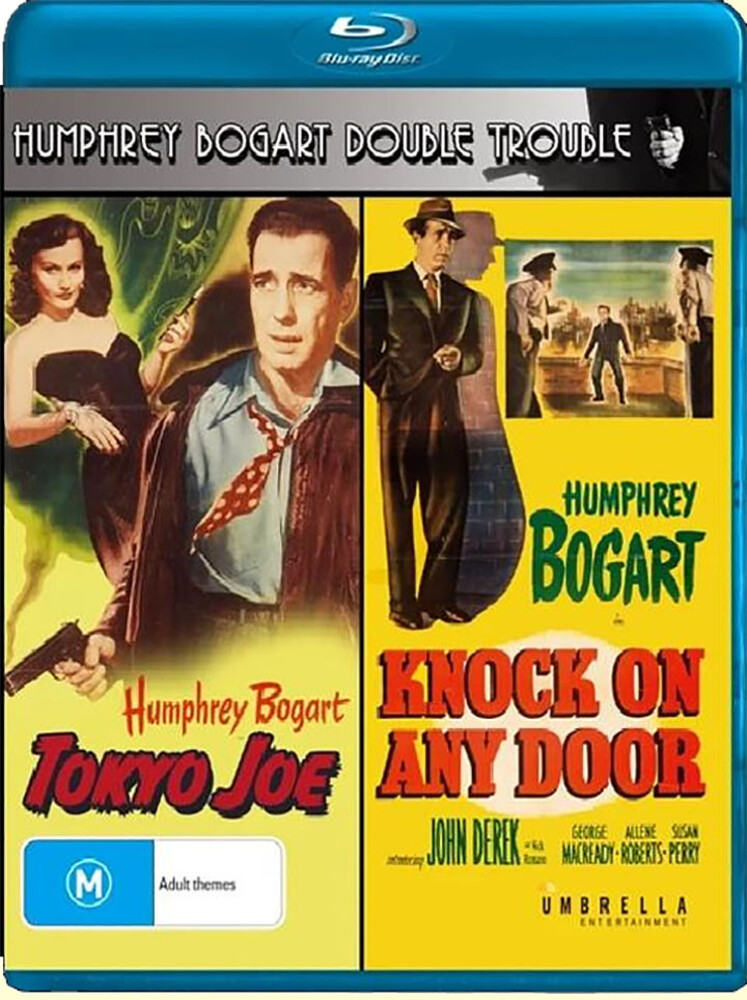 Tokyo Joe (1949) In the wake of Japan's surrender, American expatriate Joseph Barrett (Humphrey Bogart) hopes to revive the Tokyo club he ran before he left to fight in World War II. Soon Barrett discovers that Trina (Florence Marly) the wife he assumed was dead has married another man and has a young daughter. As an overwhelmed Barrett struggles to obtain approval for residency in Japan, he becomes the blackmail target of Baron Kimura (Sessue Hayakawa), a crime boss with a dirty job for him to do. Knock on Any Door (1949) Attorney Andrew Morton (Humphrey Bogart) started as a young kid in the slums, but worked his way up to become one of the top lawyers in town. A young hoodlum, Nick Romano (John Derek), has been arrested for the murder of a cop, but he says that he has been framed. While Morton does whatever he can to get Nick cleared, we learn about Nick's dangerous life while living in the same slums Morton came from. Knock on Any Door is an indictment of the dangerous neighbourhoods that lead youth to crime. Directed by Nicholas Ray of Rebel Without a Cause fame.