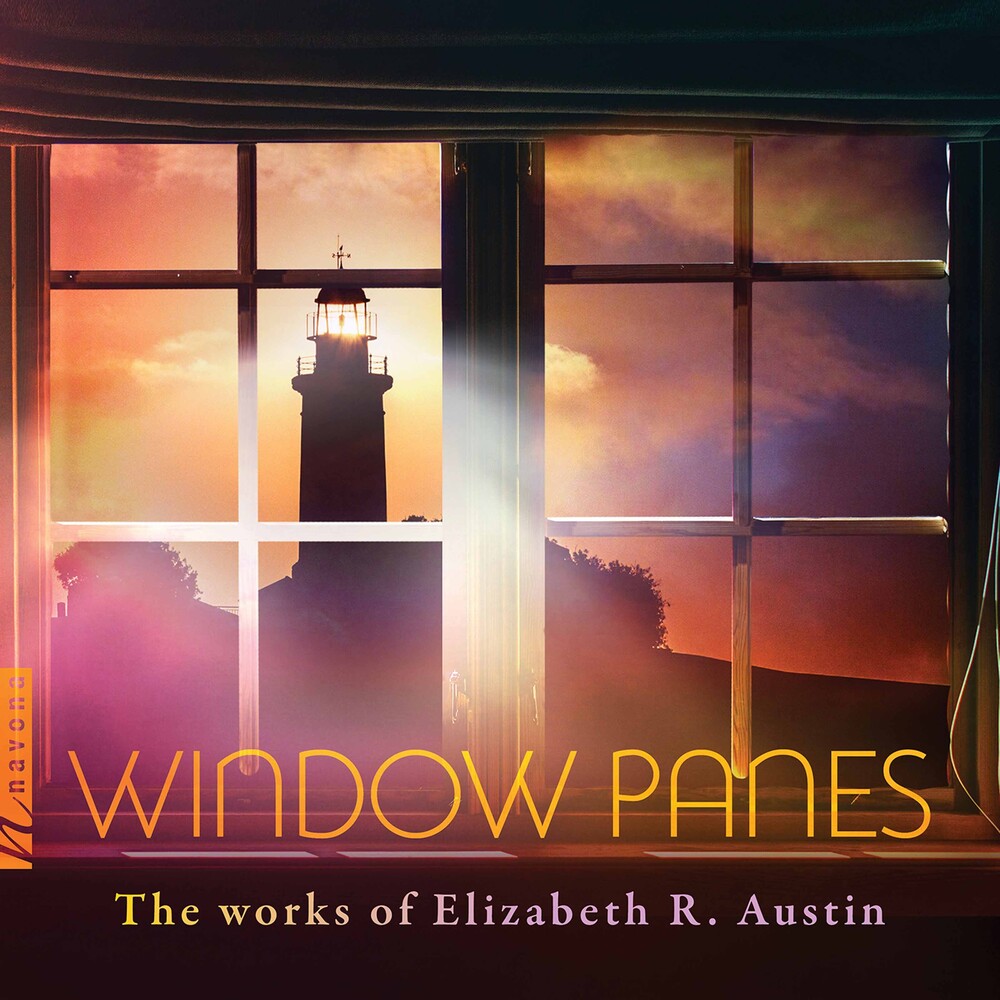 Navona presents WINDOW PANES, a cross section of works by compositional veteran Elizabeth R. Austin. The collection is the first to comprise a lifetime of the American's works into one album: and as the title insinuates, it is an album full of interwoven associations, subconscious reminiscences and intense melodic reflections, with decades of labor condensed into an hour of listening. But WINDOW PANES isn't just an album; it's a musical biography. In 1959, Austin won a scholarship after Nadia Boulanger had heard her Three Rilke Lieder, featured here (the piano accompaniment played by Austin herself). But there are more recent works, too, such as her Symphony No. 1, Wilderness, originally recorded in Poland in 1991, and Symphony No. 2, Lighthouse, recorded in the Czech Republic in 2005. Strikingly, despite the decades between these works, the quality of the individual pieces has remained constant. In spite of their vast differences in complexity in terms of instrumentation of formal structure, one impressively finds the early exactly on par with the later symphonies. Occasionally, times and places have influenced the pieces, such as An American Triptych, which incorporates elements of jazz and blues into a distinctly contemporary blend. For the Five Sonnets from the Portuguese, the traditional lyrics aren't an obstacle to the modern zeitgeist: indeed, they are so timeless that they would neither be out of place at a modernist concert in 1910's Vienna, nor a contemporary music recital in America today. But perhaps the work hinting closest at Austin's own, personal nature is Puzzle Preludes. Ironically, it's subtitles suggest it to be a set of preludes based on classical composers, but quite mischievously defies this expectation. It is here that Austin's own voice is heard most clearly.