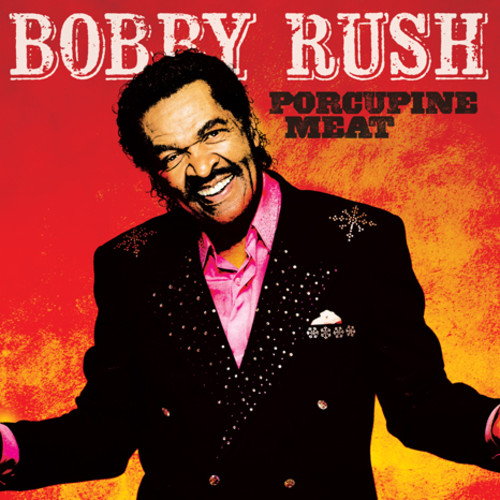 To Bobby Rush s innumerable fans, he is an American music icon, a legendary showman, a King of the Chitlin Circuit, and perhaps the most vital living Southern musician to have started his career on the Chicago blues scene in the 1950s. Not only has he made unforgettable contributions to the blues world but also to funk, soul, and a genre he's credited as creating: folk-funk. His new Rounder Records release, Porcupine Meat, will further enhance the legend of this Blues Hall of Fame inductee, three-time Grammy® nominee, and 10-time Blues Music Award winner. It will also be an overdue revelation for the uninitiated, for it shows Rush, at age 82, at the peak of his powers as a singer, songwriter, harmonica player, and, above all, an entertainer. Produced by Grammy® winner Scott Billington, Porcupine Meat features all-new compositions that range from the down-and-dirty funk of I Don t Want Nobody Hanging Around and the playful double entendre of Catfish Stew, to the deep blues of Got Me Accused and the slippery R&B of the title track (about the charms of an otherwise malicious lover). Guest guitar soloists include Keb Mo , Joe Bonamassa, and Dave Alvin. At a time when Southern soul music is having a comeback, Bobby Rush has never gone away, nor has he ever lost his relevance. This is how it s done. Package includes 2 vinyl discs and free full album MP3 download card.
Prices on WaterlooRecords.com do not reflect the prices in our retail store location.
"In Stock" on WaterlooRecords.com does not reflect 'in stock' at our retail location, however it means we have quick order fulfillment (generally 2-3 business days).
back to top