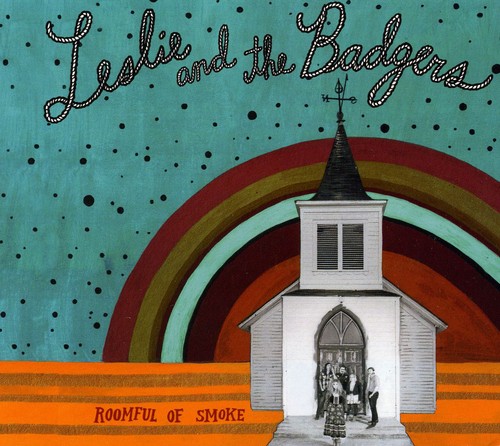 'Canyon Country Bands are as common as brush fires in LA but the thing that separates this combo apart is the voice of the titular Leslie...a rounded shining thing that evokes Patsy Cline-ps sass and sorrow in one swoop.' - LA Times 'Leslie & the Badgers are quietly turning into one of the city's best...what makes the songs magical is the way Stevens spruces up the retro country-pop settings with clear-eyed and thoughtfully incisive lyrics.' - LA Weekly 'As the heart of it's expressive ability, Leslie Stevens' voice is the picture of gorgeous restraint, a refined mixture of urbane sophistication and genuine country honey...radiant with style and intellect...her singing is more about movement than volume, and it's what makes it an enduring marvel.' Flagpole Magazine 'A fresh, ear-pleasing sound that's attracted a growing Eastside following...'Los Angeles' and pleading 'Winter Fugue' serve notice Stevens is a writer to watch.' - Pasadena Weekly 'Seasoned as the weather itself...like a gypsy caravan picking up musicians and fans along the way...real enough to steal one-ps heart away.' - LA Record 'Roomful Of Smoke is an unexpected pleasure and a record that fans of Whiskeytown and Neko Case will find as comfortable as a well-traveled pair of boots...too many standout tracks to list...'Los Angeles,' sounds like it was inadvertently left off Case's Canadian Amp EP, while 'My Tears Are Wasted On You' will likely rocket up the country charts as soon as some savvy producer convinces one of Nashville's cookie-cutter starlets to warble her way through it.' - My Old Kentucky Blog 'Unfortunately No Depression just called it quits, because if there ever was a band that magazine was going to break, this is it.' - The Portland Mercury '...led by adorable, sweet-toned singer-songwriter Leslie Stevens whose pipes and presence recall such honest and heartfelt vocalists as Emmylou Harris, Iris DeMent and Alison Krauss, with a touch of Patsy Cline's guilelessness...literate, emotionally-accessible, sometimes whimsical and always heartfelt lyrics....' - MOG dot com.