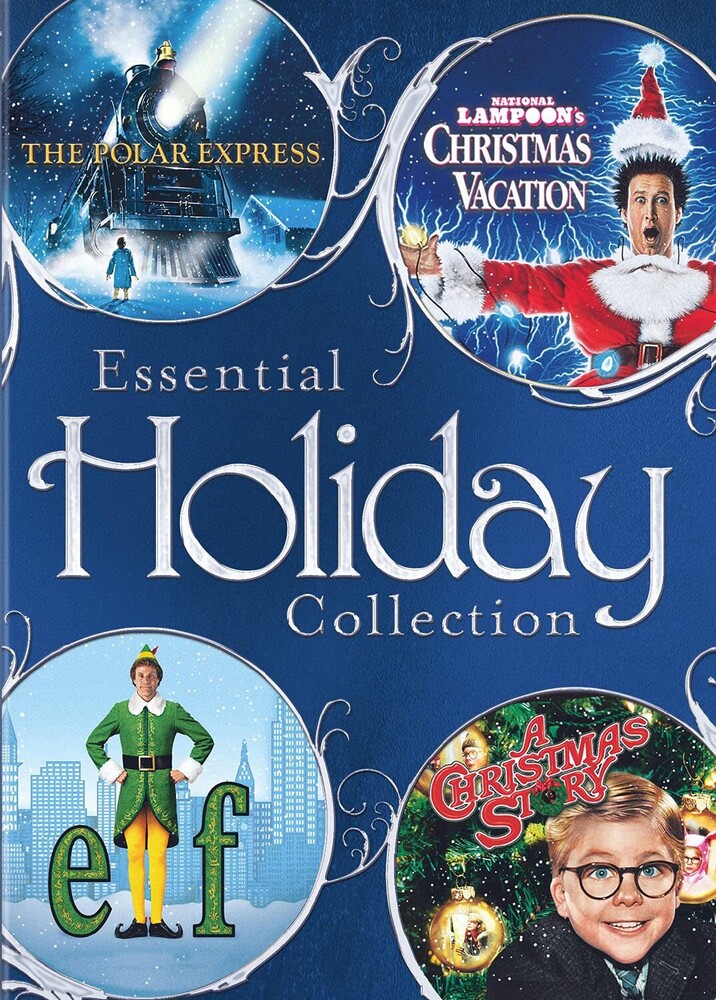 Four-disc set includes: A Christmas Story (1983)Based on short stories by and narrated by Jean Shepherd, this hilarious and enjoyable holiday yarn chronicles a young boy's attempts at getting what he really wants for Christmas: a Red Ryder BB gun. In a Midwestern town in the 1940s, Ralphie (Peter Billingsley) finds appeals to his parents, a teacher, and Santa Claus for his most-desired gift are always met with the same response of "you'll shoot your eye out." Darren McGavin, Melinda Dillon also star; directed by Bob Clark. 98 min. C/Rtg: PG National Lampoon's Christmas Vacation (1989)It's a comedic carol of calamities as only the Griswold family can deliver as Clark (Chevy Chase) has his heart set on hosting an old-fashioned family Christmas. But he may change his mind when faced with a house full of bickering relatives, malfunctioning decorations, and uncertainty over his Christmas bonus. And what holiday celebration would be complete without the boorish Cousin Eddie (Randy Quaid)? Beverly D'Angelo, Juliette Lewis, Johnny Galecki, Julia Louis-Dreyfus also star. 97 min. C/Rtg: PG-13 Elf (2003)Charming Yuletide laughs blend with fish-out-of-water antics in this hilarious holiday tale that stars Will Ferrell as Buddy, a regular guy who was raised in the North Pole as one of Santa's helpers. Towering over everyone around him, Buddy finally realizes he may actually not be an elf and sets off on a fun-filled New York adventure to find his real family. Top-notch supporting cast includes Zooey Deschanel, James Caan, Mary Steenburgen, Ed Asner, Peter Dinklage, and Bob Newhart; directed by Jon Favreau. 95 min. C/Rtg: PG The Polar Express (2004)Co-written and directed by Robert Zemeckis, this heartwarming computer-animated holiday tale, based on Chris Van Allsburg's book, centers on a young boy whose belief in Santa Claus is beginning to waver. Lying awake on Christmas Eve, he hears the rumble of a locomotive outside his home. Boarding the train with a host of other children, he embarks on a thrilling adventure bound for the North Pole. Tom Hanks, Michael Jeter, Nona Gaye, Eddie Deezen, and Peter Scolari provide live-action performances that were later digitized. 100 min. C/Rtg: G