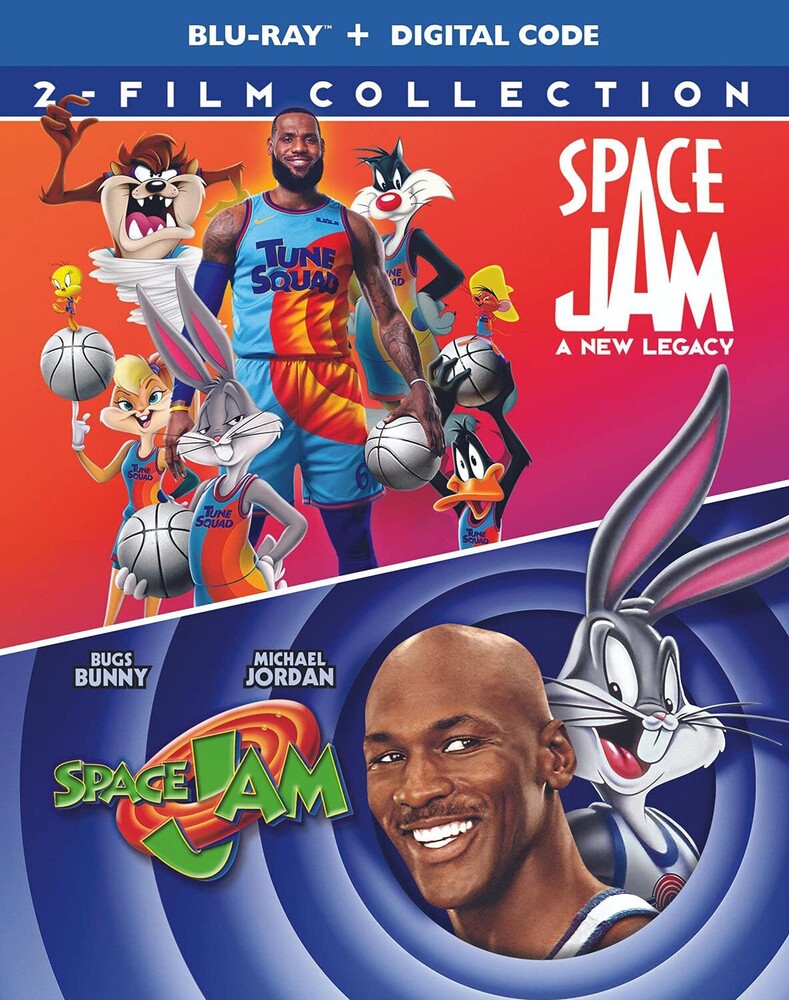 Two-disc set includes: Space Jam (1996)It's a slammin' mix of live action and animation, as basketball superstar Michael Jordan is "hijacked" into the cartoon world of Bugs Bunny, Daffy Duck, and the rest of the Looney Tunes crew to help them when they're forced to play a game of hoops against a gang of alien behemoths who've stolen the talents of the NBA's top players. Wayne Knight, Bill Murray, and the voices of Danny DeVito and Billy West are also featured. 88 min. C/Rtg: PG Space Jam: A New Legacy (2021)It's a new generation's hoops superstar, but the same brand of fun, as LeBron James tours the WB studio-only to have his computer-savvy son Dom (Cedric Joe) pulled into the company server by a malicious AI (Don Cheadle). To get him back, the King will have to team with Bugs Bunny, Daffy Duck, and the rest of the reunited Tune Squad for a winner-takes-all game against all-star avatars of the NBA and WNBA's best, in this cameo-packed live-action/animation mix. 120 min. C/Rtg: PG