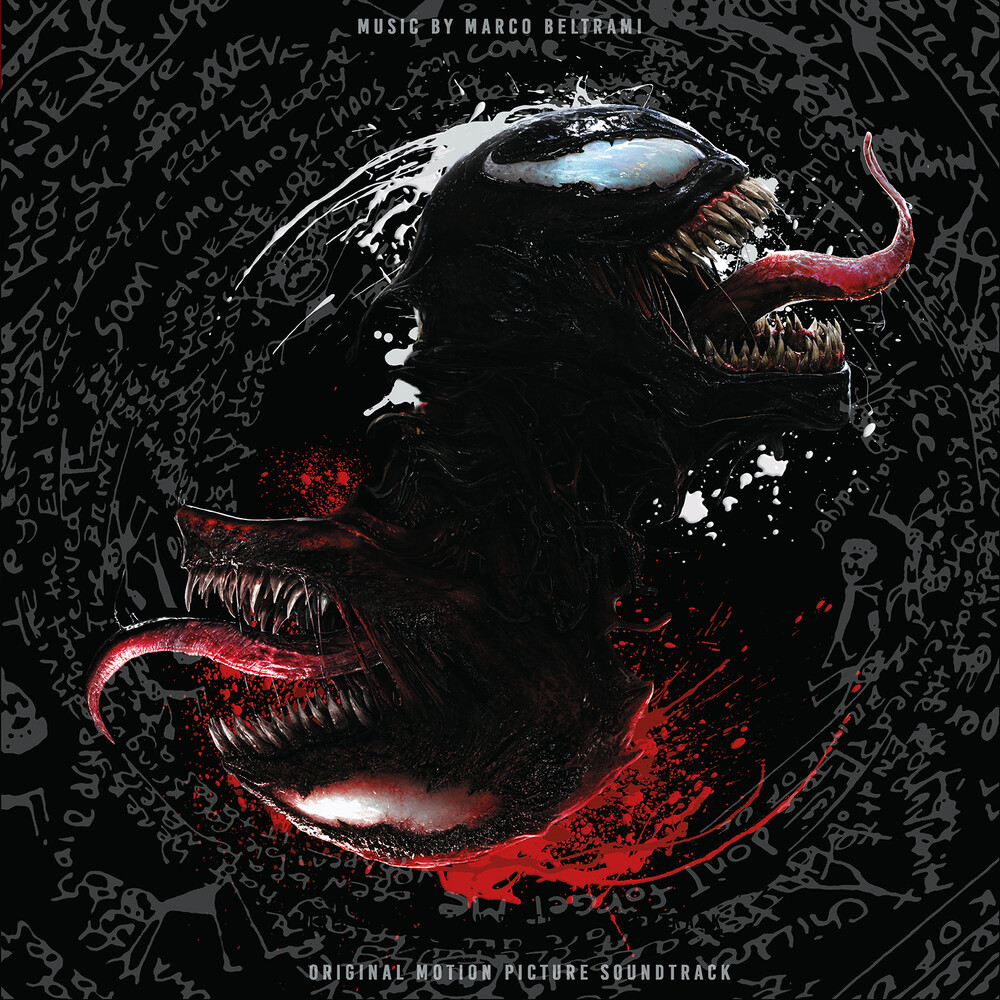 Venom: Let There Be Carnage is highly anticipated 2021 superhero film featuring the Marvel Comics character Venom. It is intended to be the second film in Sony's Spider-Man Universe and the sequel to Venom (2018). The film is directed by Andy Serkis from a screenplay by Kelly Marcel, based on a story she wrote with Tom Hardy who stars as Eddie Brock / Venom alongside Michelle Williams, Naomie Harris, Reid Scott, Stephen Graham, and Woody Harrelson. Marco Beltrami is an American composer and conductor of film and television scores. Notable works include the Scream series, Resident Evil, Terminator 3: Rise of the Machines and The Wolverine. He has been nominated for two Academy Awards for 3:10 to Yuma (2007) and The Hurt Locker (2008), and a Golden Globe Award for A Quiet Place (2018). He won a Satellite Award for Soul Surfer (2011).Venom: Let There Be Carnage is available as a limited edition of 5000 copies on translucent red vinyl. The heavyweight gatefold jacket has a deluxe soft-touch finish, an embossing and liner notes by director Andy Serkis. The package contains an insert.
Prices on WaterlooRecords.com do not reflect the prices in our retail store location.
"In Stock" on WaterlooRecords.com does not reflect 'in stock' at our retail location, however it means we have quick order fulfillment (generally 2-3 business days).
back to top