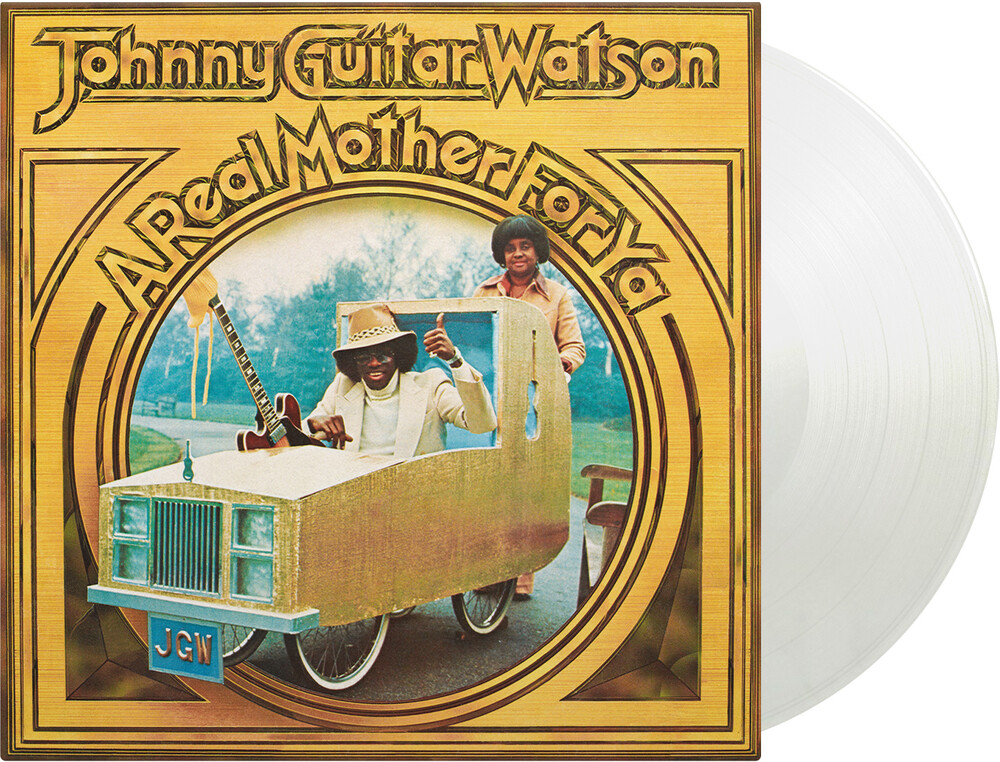 The multi-talented Johnny 'Guitar' Watson was known for his guitar skills and was one of the hottest blues artists during the 1950s. His 1977 funk album A Real Mother For Ya produced the same titled international hit song and features 'Nothing Left To Be Desired' and 'Lover Jones'. Also included is the 2020 Ben Liebrand Oldskool mix as a bonus track, which was not available on the original album. During his career, Johnny 'Guitar' Watson influenced Jimi Hendrix amongst others and earned a Grammy nomination for best contemporary blues album. Sadly Johnny 'Guitar' Watson passed away while touring Japan in 1996. A Real Mother For Ya is available as a limited edition of 750 individually numbered copies on crystal vinyl.