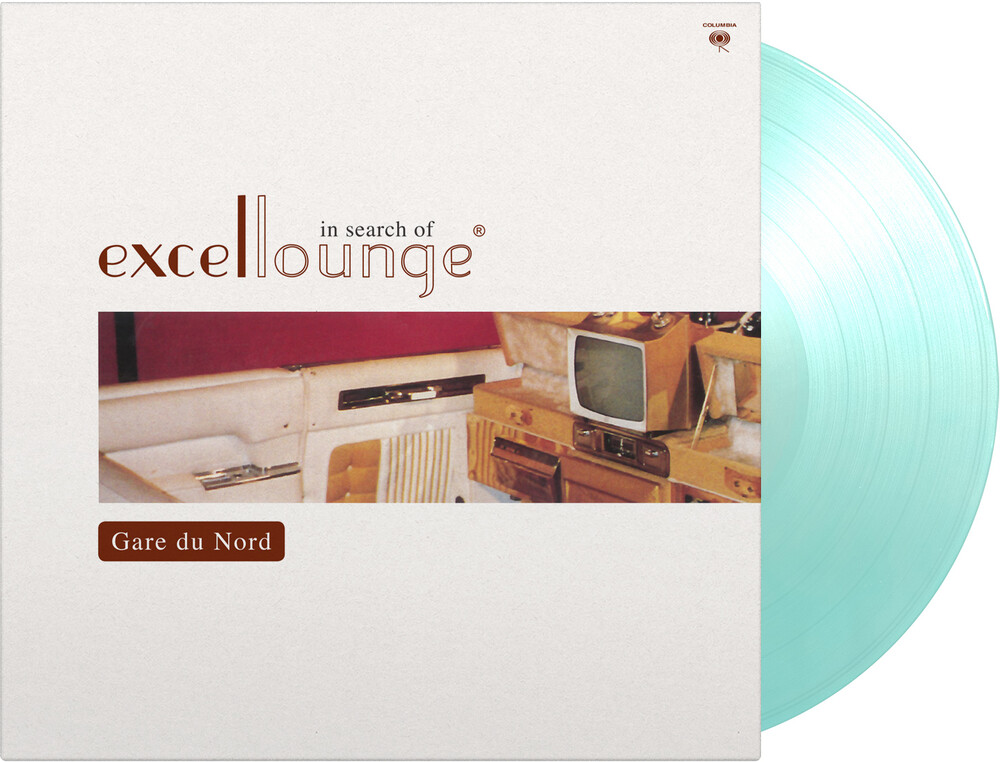 Dutch-Belgian band Gare du Nord kicked off early 2001 when producers Doc (Ferdi Lancee) & Inca (Barend Fransen) were asked by a French promotor to deliver the soundtrack for a fashion & lifestyle event in Brussels labeled 'Excellence'. Instead of going just for moody sounds and loungy atmospheres the twosome decided to go beyond synths and beats and composed in three weeks time a songcycle to express their interpretation of traditional delta blues and urban jazz. The debut album In Search Of Exellounge was originally released in June 2001 and was certified gold not long after release. The album features the lead off hit single 'Pablo's Blues', dominated by the dobro rif of Lancee and the voice of blues legend Robert Johnson. In Search Of Exellounge is available as a 20th Anniversary limited edition of 1000 individually numbered copies on crystal clear & turquoise mixed coloured vinyl.