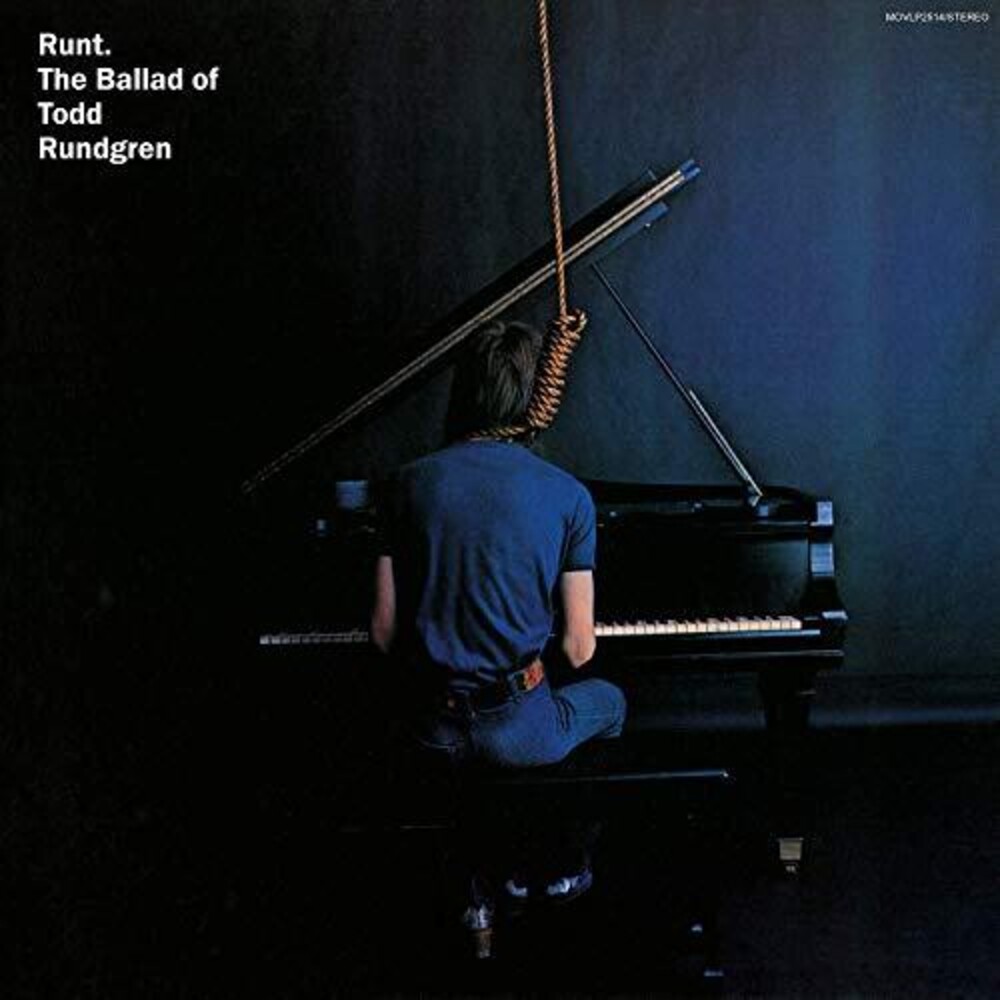 Limited 180gm audiophile vinyl LP pressing in gatefold jacket. His second album Runt: The Ballad of Todd Rundgren consists of mostly piano-led ballads, with the exceptions being 'Bleeding', 'Parole' and 'Chain Letter'. He was playing most of the instruments himself, as he was becoming very particular about arrangements. Rolling Stone magazine called it the best album Paul McCartney never made, even though it sounded not exactly the same. Ballad is more song-oriented than it's predecessor, but still with some clever in-jokes. He is never repeating himself and showing moment after moment how talented he is both as musician as producer. This one can be placed among Rundgren's very best albums. Todd Rundgren is an American multi-instrumentalist, singer-songwriter, and record producer who has performed a diverse range of styles as a solo artist and as a member of the band Utopia. He is known for his stage outfits, experimental music and adopting computer technologies to describe his musical ideas.