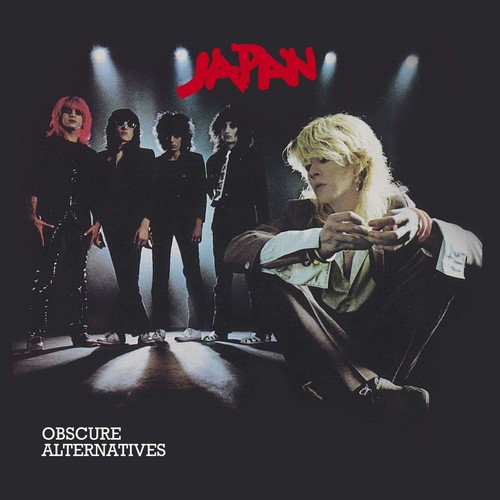 CD reissue. This is a classic album that really has stood the test of time in spite of it being a very fashion-conscious creation. This is the tight five-piece Japan that featured Rob Dean alongside the more familiar Richard Barbieri, Steve Jansen, Mick Karn and David Sylvian. With Obscure Alternatives, released only seven months after their debut album Adolescent Sex, Japan is transforming from the glam roots of their debut to experiments with post-punk and funk. With the title track, musically unique and uncategorizable, it announces the beginning of their later Japan sound' with Mick Karn on his bass mixed way up front and David Sylvian developing his role performer and as a singer.