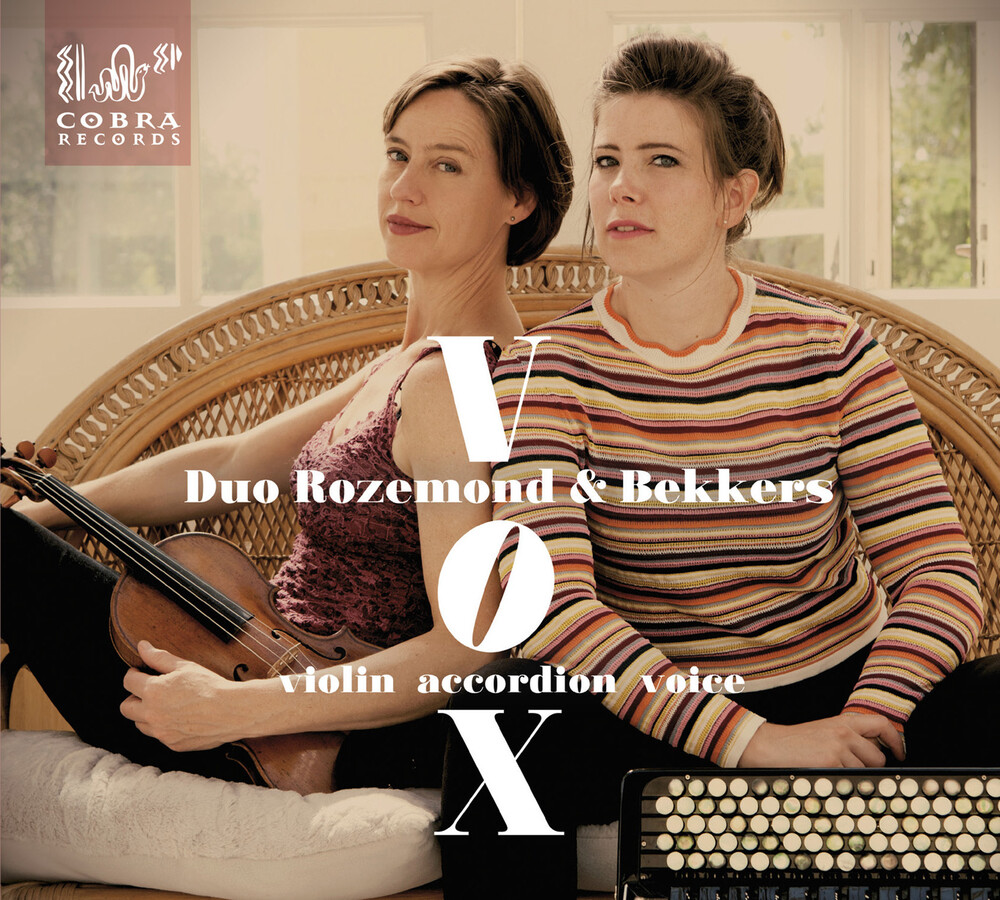 Jacobien Rozemond and Rene Bekkers have sought out and commissioned captivating works, largely inspired by song. The result is a collage of works exploring all the possibilities of this instrumental combination. For instance, the accordion can sound like an organ, combining with the violin to evoke a profound sense of serenity, as in Podgaits's Ave Maria and the chorales from Willem Jeths's Ritratto. These provide a strong contrast with the nostalgic romanticism of Rachmaninov or the folk music in the tangos and Jewish songs. Through the occasional addition of singing and recited texts, the duo expand their colour palette and the programme's expressive power. The title VOX refers to the 'vocalise principle' from which this CD draws it's inspiration. Vocalise or VOX is a poem that is constructed using one or two vowels. In these poems sound plays a central role: the word goes beyond it's primary function as a means of communication and becomes flexible, associative and pure sound material. Those looking for unequivocal meaning in such poems soon find themselves on the wrong track. On their VOX CD, the duo plays with this idea, among others. Jacobien literally makes use of her voice, singing as well as playing the violin, while the compositions themselves also often display a link with the human voice. In 2017 the violinist Jacobien Rozemond and accordionist Rene Bekkers met each other during a tour of Esther Apituley's music theatre production 'Vivaldi Code Rood'. The two musicians instantly clicked and began creating progammes as a duo. Since then, Jacobien and Rene have regularly given concerts in various chamber music series and festivals, including numerous appearances at the Festival van Vlaanderen and the Zoom! Chamber Music Festival. In their concerts, Duo Rozemond & Bekkers present a perfect balance between folklore, classical tradition and innovation. Willem Jeths and Gerard Beljon have written compositions specially for the duo.