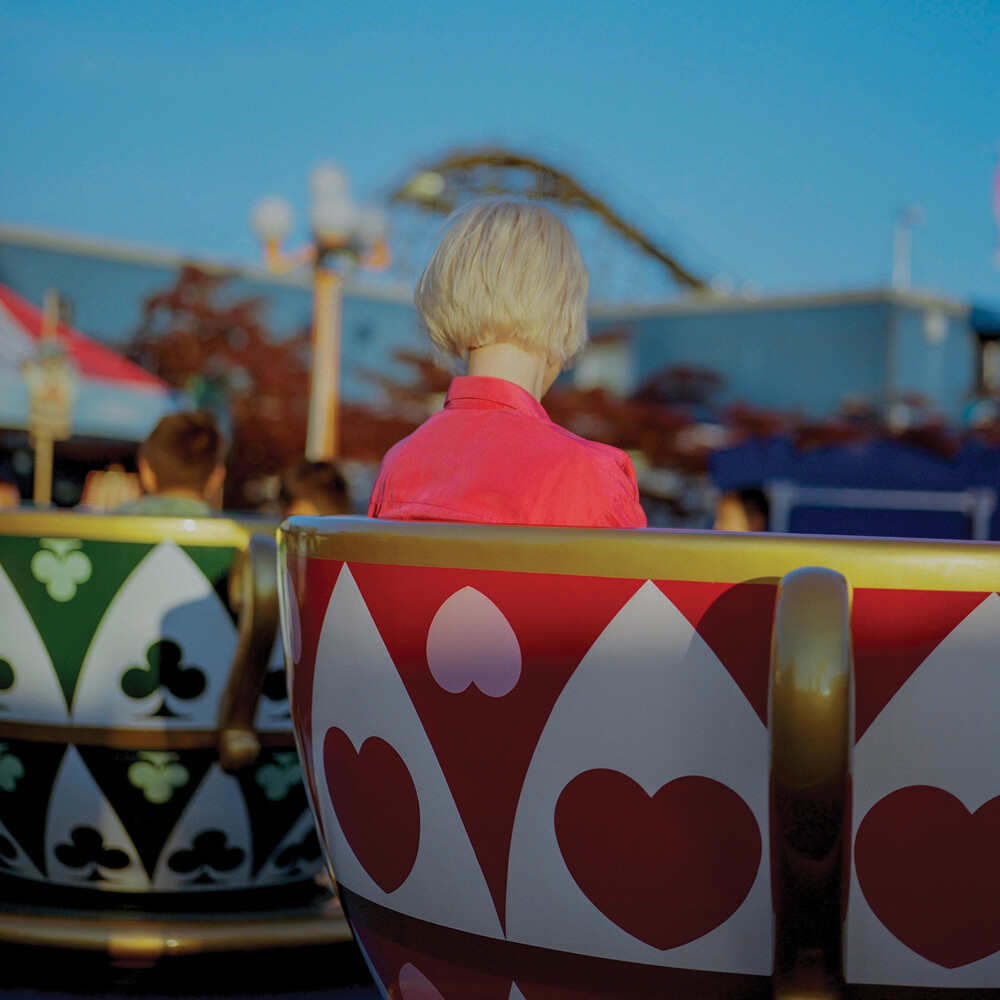 Director David Lynch once said "I long for a kind of quiet where I can just drift and dream. I always say getting inspiration is like fishing. If you're quiet and sitting there and you have the right bait, you're going to catch a fish eventually. Ideas are sort of like that. You never know when they're going to hit you." Inspired by this quote in both name and spirit, Hollie Kenniff's The Quiet Drift is an ambient gallery of cloudlike synths, seraphic strings, echoing guitars, and other celestial textures guided to cohesion by Hollie's own wordless singing. Though the album certainly creates (and originates from) the kind of space where Lynch's proverbial "fish" can be caught, The Quiet Drift is a fitting title for Hollie's own history, both recent and distant. During the course of the album's creation, Hollie and her family moved cross-country from an island in Washington state, to an island in Maine before ultimately relocating to Canada. "As a child I visited Ontario year-round," she explains in her own words. She continues "More than any other landscape, I think the lake, rivers, and woods there left the most enduring impression on me. The landscape and pace of life of these places will always stay with me."But the reverberant spaces Hollie crafts need no physical headquarters. Instead of conjuring views of nature at the ground level, her sound more readily evokes a top-down perspective, with the distinct features of the land shrinking underfoot as the listener becomes untethered from geography altogether. The Quiet Drift belongs more to the liminal spaces between life and afterlife, memory and fantasy, landscape and dreamscape, than any mappable locale. "Flourish" commences The Quiet Drift with ivy-like tendrils of voice and string that spiral around one another to become a single, exquisite organism. "Under the Loquat Tree" and "Unfolding" teem with softly plucked electric guitar, brushing ambient noise, and gently punctuating piano keys lent by Hollie's husband, labelmate, and Mint Julep musical partner Keith Kenniff aka Goldmund. "Still Falling Snow" drifts on a bed of motorik percussion that rises up from the floorboards until the surrounding elements- dense harmonic vocal storms, synth basses, and multiple blended textures- are consumed more and more within every consecutive drum pulse. "Dreaming Pale Dreams" is a long crescendo that starts gently and ignites into a ribbon of radiant distortion. The Quiet Drift departs with "This Part of You," a full-spectrum epilogue that spores ever outward like the mist beneath a waterfall. Curtains of glassy synth ripple and rise only to suddenly break and reveal Hollie's voice, the central texture of the album, as it rings solely into the abyss. Despite plenty of memorable moments and textures, no one song is meant to be the center of attention, and neither is any single element of the songs themselves. There is plenty of dynamic and songcraft on The Quiet Drift, but rather than each moment claiming distinction, Hollie brings movement to every detail at once, like a school of will-o'-the-wisps being guided down a hill, through a valley, and back up the other side.Describing her formative years, Hollie says "As a dual US/Canadian citizen who spent my childhood in a rural town- one that I haven't returned to in many years- I have a sense of not entirely belonging anywhere. When I was a teenager my close friends were male musicians, so I was also an outsider to the degree that they were wild and anarchic in a way that I wasn't. I was a quiet book reader and avid music listener who enjoyed being around a creative group. I was also a radio DJ for alternative and punk music throughout high school." In this light, The Quiet Drift attests that creativity is placeless, and calls into question the stereotype of artists as scene-centric city dwellers. Having come of age in the absence of metropolitan sensory overload, Hollie learned to spot the muse in nature, and within herself, instead of the echo chamber of a frenzied peer group. On The Quiet Drift Hollie Kenniff wholly escapes from such pop-culture feedback loops into transcendent, shimmering realms, and she brings the listener along with her. In this age in which we have all been called to reevaluate our relationship to indoor spaces, and seek refuge in the great outdoors, The Quiet Drift provides an apt soundtrack for such rebalancing.