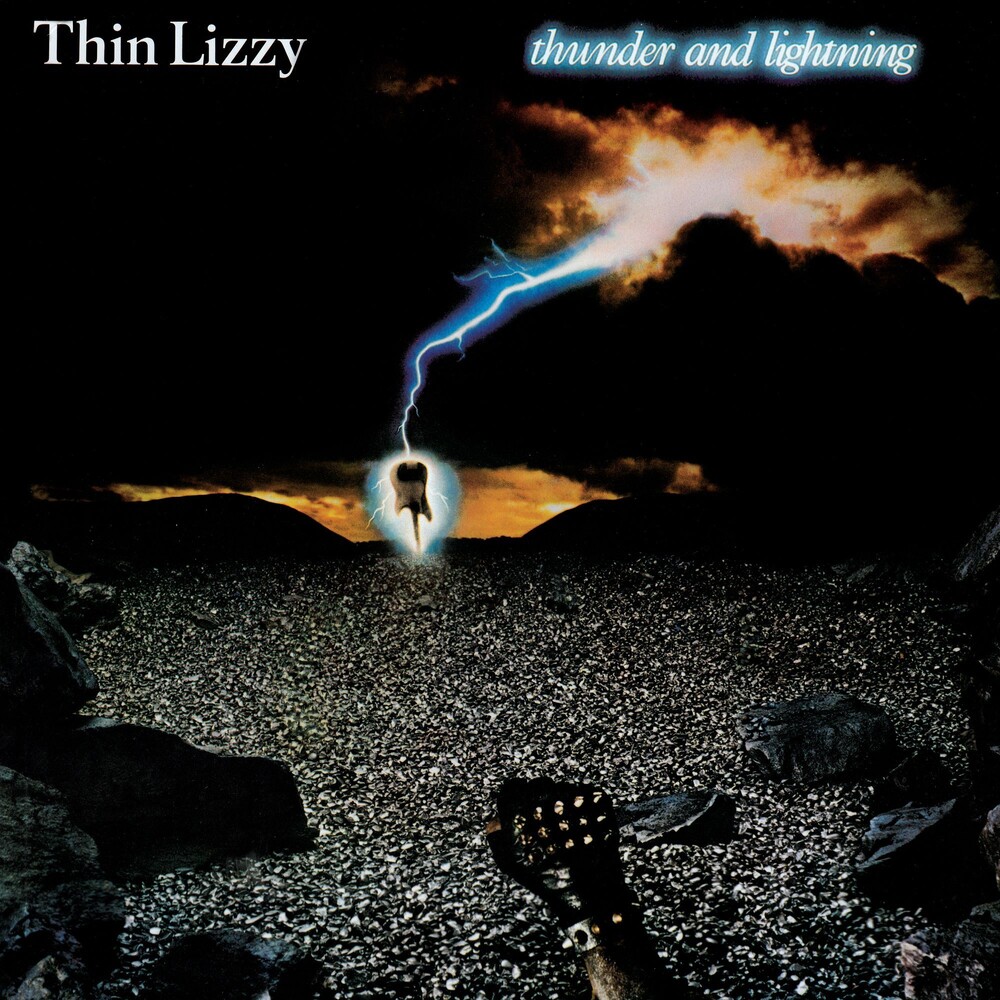 180 gram vinyl LP pressing housed in a sleeve. Limited to 500 copies! Charged by the creative force of the late Phil Lynott, the legendary Irish hard-rock band Thin Lizzy combined working class romanticism and Irish folk law with piercing dual-guitar lines. Like artists such as Bruce Springsteen and Bob Dylan, Lynott was a poet of the downtrodden who helped break down racial stereotypes in rock and became one of the most influential front men in hard rock and heavy metal. Thin Lizzy's twelfth and final studio album Thunder And Lightning (1983) was a showcase for some of the most distinctive and powerful music of the band's career. New hotshot guitarist John Sykes added a new dimension to Lizzy's signature sound here and producer Christ Tsangarides brought out the best in songs which ranged from the full-on riff rousing title track to the melodically motivated single "Cold Sweat," onwards to the more searching, almost sedate "The Sun Goes Down" and finally to the charismatic nuances of closing cut "Heart Attack. "
Prices on WaterlooRecords.com do not reflect the prices in our retail store location.
"In Stock" on WaterlooRecords.com does not reflect 'in stock' at our retail location, however it means we have quick order fulfillment (generally 2-3 business days).
back to top