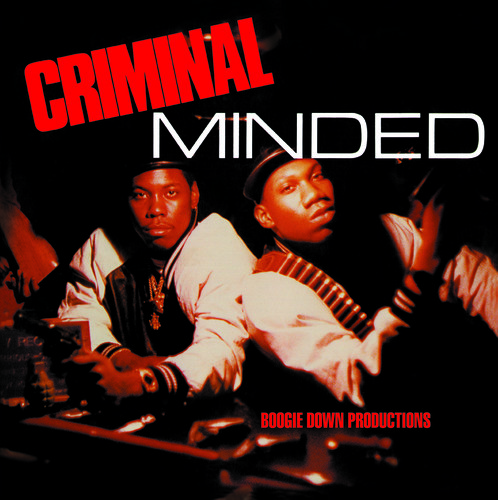 Traffic Entertainment and B Boy Records present one of the most influential and original albums in music history, Criminal Minded by Boogie Down Productions. KRS-ONE's combination of street slang and Webster's dictionary knowledge backed with Scott La Rock's hard hitting, minimal beats set this record apart when it was originally released in 1986. With this now classic debut album, BDP helped redefine the New York rap music scene. Criminal Minded elevated the standards to a new level and proved that rap could be a dynamic and consciousness-raising medium. KRS-ONE has gone on to become one of the most prolific and critically-acclaimed artists in Hip Hop history. A true classic, Criminal Minded was included in Vibe Magazine's 100 Essential Albums of the 20th century.

''Criminal Minded'' by Boogie Down Productions is a highly influential hip hop album. Production on the LP is credited to 'Blastmaster' KRS-One (Lawrence Krisna Parker) and DJ Scott La Rock (Scott Sterling), but in interviews it has been revealed that an uncredited Ced-Gee (Cedric Miller) of The Ultramagnetic MCs had a key role in crafting the sound of the LP. - Wikipedia