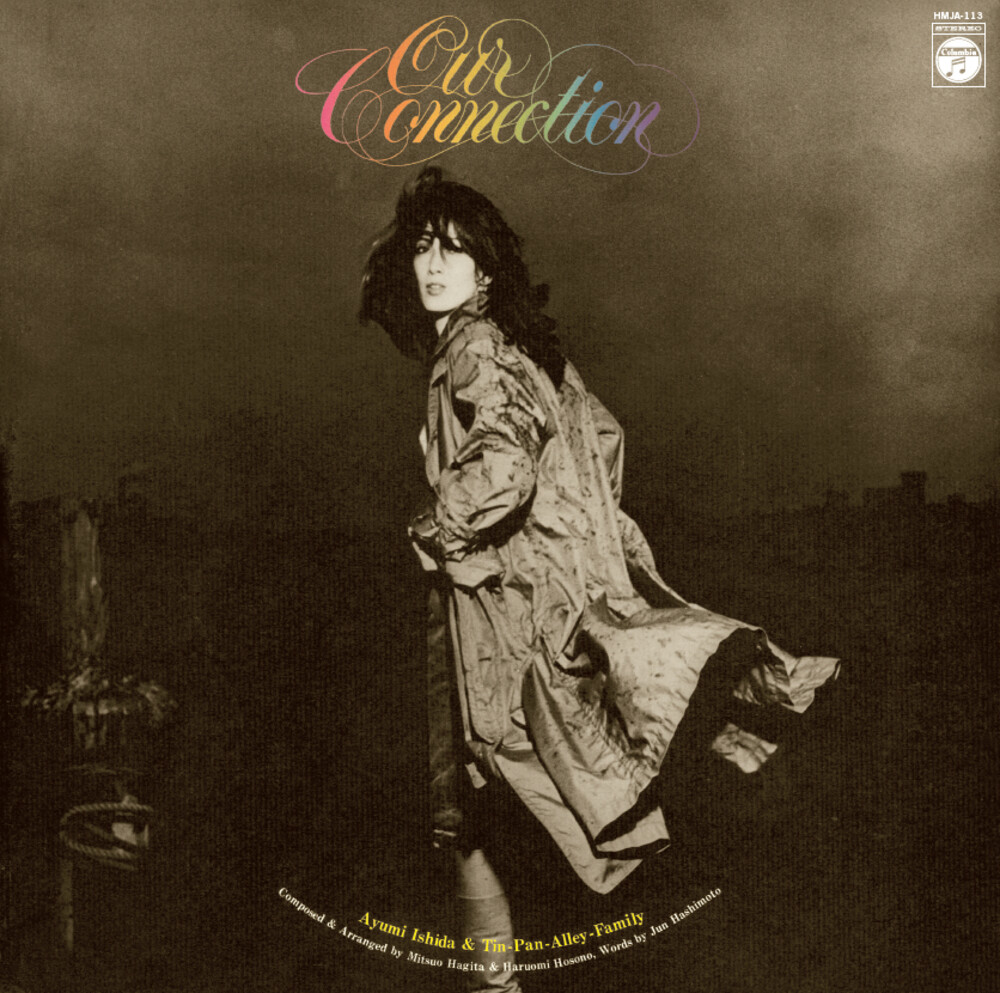 Ayumi Ishida, who rose to the top of the music world with her hit 'Blue Light Yokohama' by Kyohei Tsutsumi, released this city pop masterpiece in 1977.Produced by Jun Hashimoto, the album was backed by Tin Pan Alley (Haruomi Hosono, Tatsuo Hayashi, Shigeru Suzuki) and featured Hiroshi Sato, Akiko Yano, Kentaro Haneda, as well as Tatsuro Yamashita and Minako Yoshida in the chorus.Hosono was in charge of the light and mellow songs, such as the opening track 'Watashijishin' (A1), which inherited the style of 'Tin Pan Alley/Caramel Mama' (1975), while Mitsuo Hagita was in charge of the soft rock arrangements, such as the song-like 'Aishu No Heya' (B2). Jun Hashimoto's nihilistic lyrics and Ayumi Ishida's cool singing match perfectly, making this a great album that cannot be avoided when talking about new music.