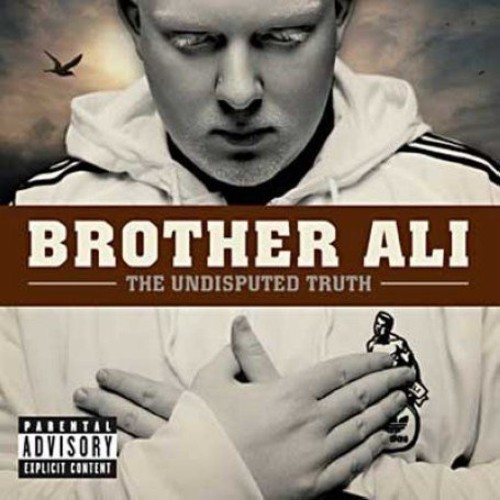 In the year 2000, Brother Ali joined Rhymesayers with a self-produced demo called Rites of Passage. Three years later Ali took the underground by storm with an undeniable stage presence and his critically acclaimed debut full-length Shadows On The Sun. The impact was unquestionable and that next year Ali solidified his place amongst the independent Hip Hop elite with the release of 2004's The Champion EP.Like deja vu, here we are three years later and Ali is ready to take the world by storm with his latest creation. After struggling through a series of personal roadblocks, from parting ways with his wife of 10 years, becoming homeless and trying to secure custody of his only son... Brother Ali along with Atmosphere producer and Shadows & Champion collaborator Ant, present the long awaited sophomore full-length album The Undisputed Truth. Personal, political and more powerful than ever, simply put, the truth is here."I wanted to make an album that gives you no choice but to feel what I'm saying at that given time", Ali explains of The Undisputed Truth. "I made choices that sent me through a lot of struggle in the past few years and Ant and I have made music that really communicates the exact feeling of those situations." -Brother Ali