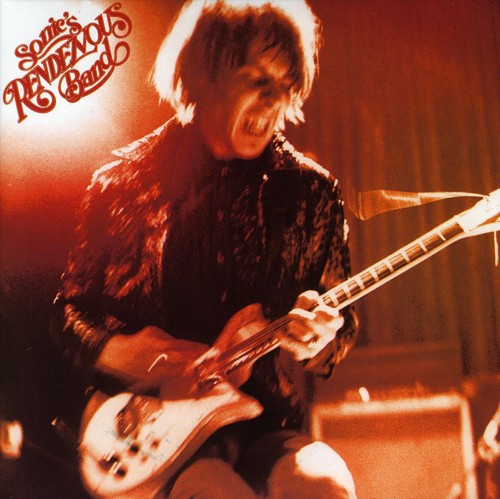 2008 two CD deluxe release in outsized cardboard gatefold sleeve digitally remastered from the original master reels. This double disc package contains the unreleased full show from the famous Second Chance Club More famous in death then when they were alive, Sonic's Rendezvous Band has attained legendary status in the pantheon of Michigan Rock. They existed from 1975- 80 and during that time issued just one 45, the monumental 'City Slang', original copies of which now change hands for hundreds of dollars. They barely played outside their home state, yet their impact is still felt today, in bands from Stockholm to Seattle to Sydney, and all points in between. Sonic's Rendezvous Band arose, Phoenix like, from the ashes of four of the Motor City's finest proponents of high energy Rock: MC5, the Stooges, the Rationals, and the Up. The members steadfastly refused to bank on their illustrious pasts. They insisted on a more original kind of expression hardly a guarantee of steady employment for a local band in the mid to late '70s. Applebush.