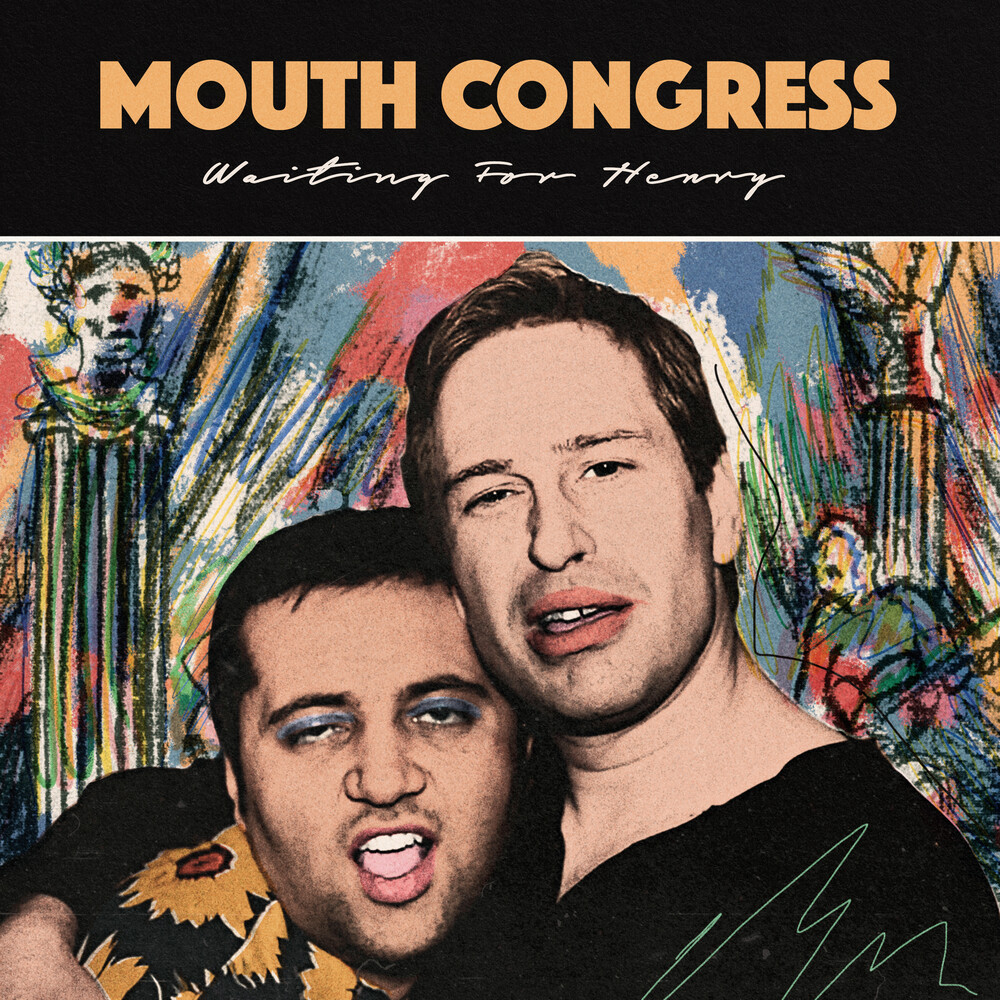 Mouth Congress began as a dare.Paul Bellini and Scott Thompson's friend Brian Hiltz always had a rock band and dreamed of being Pete Townsend. Having no musical talent, all Paul could do was dream. One day in 1984, Brian rented a beatbox from a local music store. Paul was fascinated by this thing, which played whacky mambo and samba beats. And then Brian dared Paul to start his own band, so he rented that beatbox and set it up in the basement on top of an old freezer in the house where they lived.At the time, Paul's sister Christine, who also lived in the house, was dating Rob Rowatt. He brought over his electric guitar and they jammed in the basement. Then Christine's high school friend Gord Disley came over with his guitar. Later that same week, Scott Thompson came by for a visit, and together they had a massive jam session that yielded about thirty short, ridiculous songs, mostly about genitalia and identity.Pleased with the results, they set out to find a name. At the time, Christine was studying Hinduism and had a copy of the Sir Richard Burton translation of the Kama Sutra. Their eyes fell upon 'mouth congress,' his term for oral sex. Still in their mid 20s and coming to terms with their homosexuality, Scott and Paul decided that this was the ideal name for their rock band.For a while, they recorded everything on a standard cassette tape recorder with a condenser mic. The results were generally unlistenable, so they upgraded to a Tascam 4-track recorder. Most of the songs on Waiting For Henry were recorded in this fashion, over a period of nine years and in at least nine different Toronto-area houses or apartments. The band's approach to lyrics was unusual. Because Scott was a sketch comedian, he was always inventing new characters. They decided rock'n'roll was the ideal form in which to explore homosexual experiences. They did all the recording and mixing with whatever musicians were around at the time. Paul enjoyed filtering Scott's vocals through guitar pedals like a phase shifter or a wah wah pedal. Scott loved edgy topical material, like sexuality, race, and gender issues, though sometimes the songs were just pure nonsense. Without trying, they were surprisingly cutting edge. It wasn't long before Scott, a performer by nature, decided that Mouth Congress should appear live at The Rivoli - the Toronto club where the Kids in the Hall performed most often. They sang songs about cigarettes and the Holy Ghost to a flummoxed audience. Over the next three years, Mouth Congress did dozens of live shows with various combinations of Rob, Gord, or Brian, and often including Steve Keeping on drums and Tom King on keyboards and vocals. They also had several bass players - Blaine Vanstone, Steve Gelling, and Tim O'Neil, who, in true Spinal Tap fashion, have all since passed away. They are remembered fondly, and Paul and Scott continue to keep a close eye on the current bass players.The live shows gained a reputation for being theatrical, to say the least, as they combined props, sets, multiple costume changes, unusual song choices, lots of guest stars, and Scott's stand-up comedy. Unlike other bands, Mouth Congress didn't just have a set list - they wrote whole scripts. In 1988, they decided to record a 7-song demo tape. The tracks were recorded quickly, as the Kids in the Hall were about to go to New York City to spend a year developing their material for Broadway Video. Then, caught up in the excitement of The Kids in the Hall being signed to television, they neglected to distribute the demo tape. Making the TV show was so time-consuming that Mouth Congress activities slowed to a crawl.In 2011, Paul dug out an old VHS tape of one of the live shows. It was footage of Scott singing (or rather, screaming) a noisy punk song called "Showland." In it, he strips down to his underwear, peeling off layer after layer of clothing until almost naked on stage. The sight of one of the Kids in the Hall covered in sweat, writhing on stage like Iggy Pop, was something he felt comedy fans might actually enjoy seeing. Naturally, Scott agreed and they decided to make a 'documentary' about the band. At the same time, Gord Disley suggested they upload some classic Mouth Congress songs to Bandcamp, so they dumped everything - over 600 recordings - onto the site. Some of them were just jams, crude beyond description. Others were professionally produced, and many were live tracks. Mouth Congress never made much of a distinction between the stuff that sounded like real music and the stuff that was just creative 'junk'. They loved all their creations equally.One day in 2019, Mike Sniper of Captured Tracks stumbled upon the Bandcamp page, got in touch with Paul and Scott, and suggested assembling a compilation of the best recordings to be officially released for the very first time. So Paul and Scott chose 30 songs to share with the world and that's how we got the first Mouth Congress compilation, Waiting for Henry.Who is Henry? We don't really know, but we certainly hope he shows up soon.
Prices on WaterlooRecords.com do not reflect the prices in our retail store location.
"In Stock" on WaterlooRecords.com does not reflect 'in stock' at our retail location, however it means we have quick order fulfillment (generally 2-3 business days).
back to top