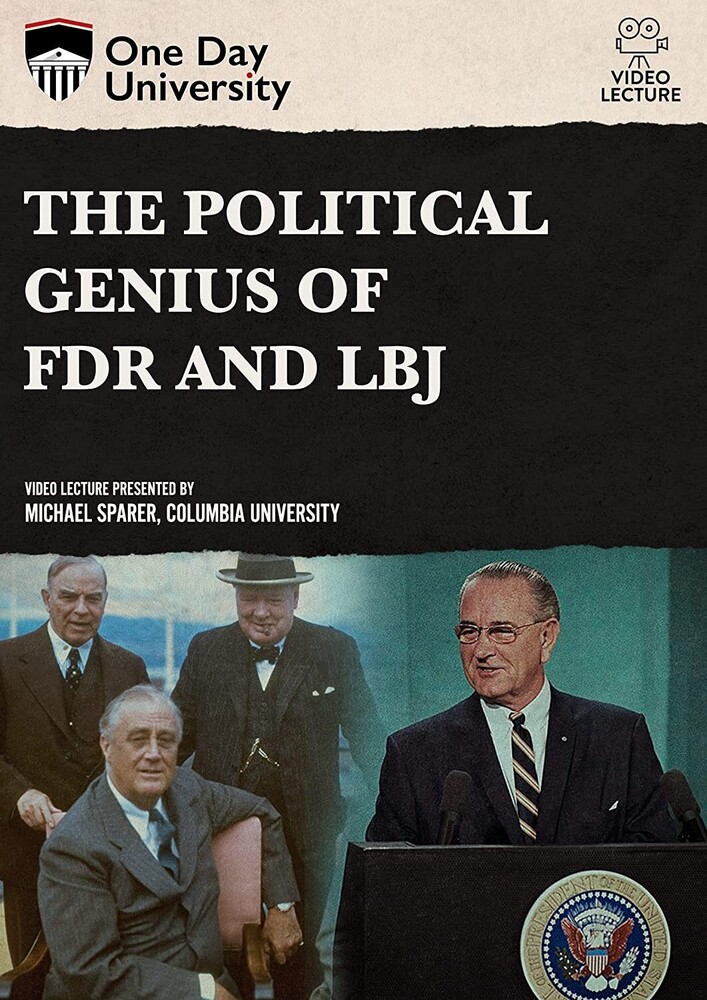 One Day University presents a series of video lectures recorded in real-time from some of the top minds in the United States. Given by award-winning professors and experts in their field, these recorded lectures dive deep into the worlds of religion, government, literature, and social justice. At first look, the differences between President Franklin Roosevelt (FDR) and President Lyndon Johnson (LBJ) seem to vastly exceed the similarities. FDR was the son of wealthy New York aristocrats, who went to Harvard and Columbia Law; LBJ was from a poor rural Texas family and graduated from Southwest Texas State Teacher's College. Roosevelt was a former Governor who went on to be elected to four terms; Johnson was a former Senator who decided against running for a second full term. Finally, Roosevelt led the nation through one of it's greatest military victories, while Johnson left office in disgrace in the midst of the country's greatest military failure. Despite these vast differences, both Roosevelt and Johnson were political geniuses, perhaps the two most effective Presidential legislators in the nation's history. Roosevelt took office during the midst of a national crisis (the Depression) and convinced the nation to support an expanded role for the federal government and a "New Deal" for all Americans. Johnson also took office during the midst of a national crisis (the Kennedy assassination) and he too calmed the nation and led the federal effort to create a "Great Society" for all. Both understood better than any of their peers how Presidents need to move quickly on their important priorities, to negotiate with and manage Congress, and to rely on federal power to improve the fortunes of the poor and less fortunate. Given their shared political genius, why did one succeed and the other largely fail? That is the question this lecture examines!