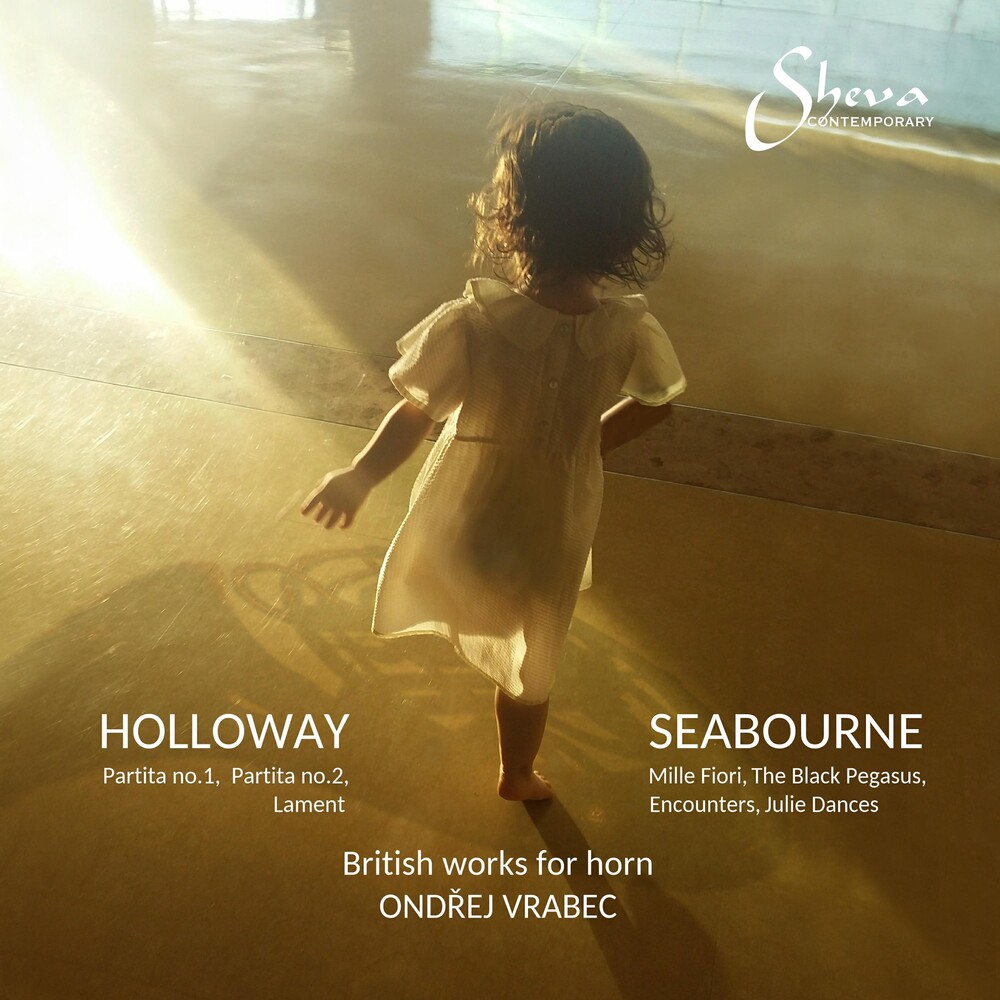 Ondrej Vrabec is one of the world's truly great horn players. Solo horn of the Czech Phil since the age of 17, numerous works have been dedicated to him, and he has released many albums both as player and conductor. This disc features two established British composers, teacher and pupil: Robin Holloway and Peter Seabourne. Their music exhibits something of a shared language and aesthetic, but each has an instantly recognizable and distinctive voice (something perhaps not so common nowadays). Holloway's two Partitas were written for Barry Tuckwell in the 1980s. Seabourne's "The Black Pegasus" is a significant recent addition to the canon. The album also includes solos, duets and quartets. All are première recordings. One of the most important horn releases, and it's memorable performances are sure to delight!