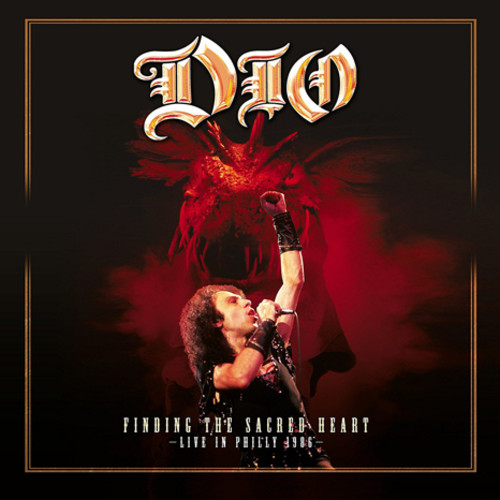 2018 UK limited edition of 1000 copies 16-track vinyl 2LP set, exclusively released for Record Store Day 2018, gatefold cover. "Sacred Heart" is the third album by heavy metal legends DIO, originally released in 1985. It is one of Dio's most well-known albums, and includes popular singles such as "Sacred Heart", "Rock 'n' Roll Children" and "Hungry for Heaven", all featured on this live album. Upon it's initial release he record peaked at No. 29 on the Billboard 200 chart. "Finding The Sacred Heart - Live In Philly 1986" was filmed at The Spectrum in Philadelphia on June 17, 1986 during the second leg of the "Sacred Heart" tour, which featured new guitarist Craig Goldy. On BACK ON BLACK label.