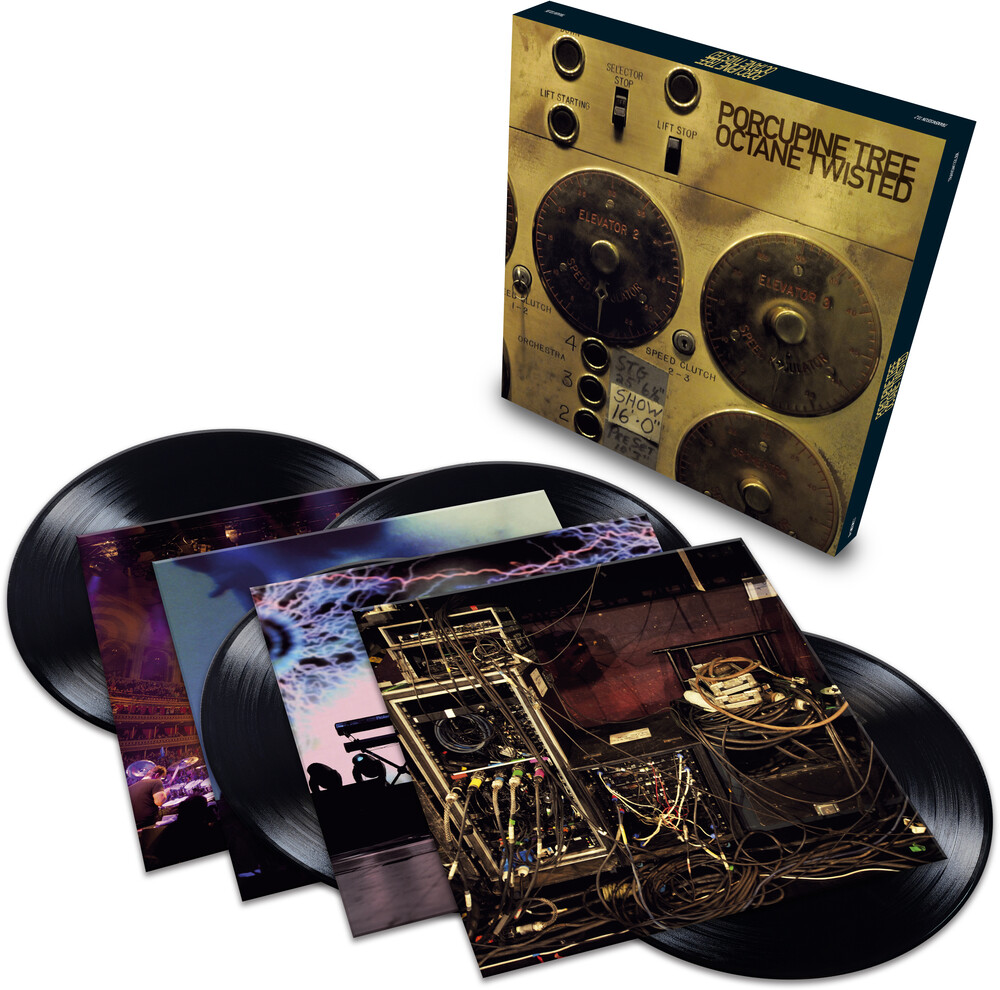 4LP 140Gram Vinyl Box Set.Regarded as one of the most impressive experimental/progressive/psychedelic rock bands to emerge from the UK since it's inception in 1991, Porcupine Tree enjoyed a successful recording career spanning over 15 years. The release of 'The Incident' in 2009 was followed with a lengthy tour before the band entered a hiatus, giving band members Steven Wilson, Richard Barbieri, Colin Edwin & Gavin Harrison time to work on their various solo careers and other collaborations. 'The Incident' went top 30 in both the UK and USA, and the world tour climaxed with sold out shows at Royal Albert Hall in London and Radio City Music Hall in New York. The album marked another step forward in the incredible journey of the band from a solo studio project created by Wilson in the late eighties, to a multi-Grammy nominated act and one of the world's most revered live bands, selling out arenas across the globe and wowing fans with incredible shows. 'Octane Twisted' features 'The Incident' album in it's entirety, recorded in Chicago. The end of the album contains 5 classic PT tracks also recorded in Chicago along with 3 highlights from the band's landmark show at Royal Albert Hall. "Octane Twisted really captures the atmosphere and energy of a Porcupine Tree live concert experience. Recorded at a time when the band had the set well 'played in', you can hear the interaction between the band members as well as the audience as they navigate their way through The Incident and many other older songs too." Gavin Harrison Originally released on 2CD+DVD in 2012, this release sees Octane Twisted on vinyl for the first time across 7 sides in a 4LP box set with a new etching from long term designer Carl Glover.