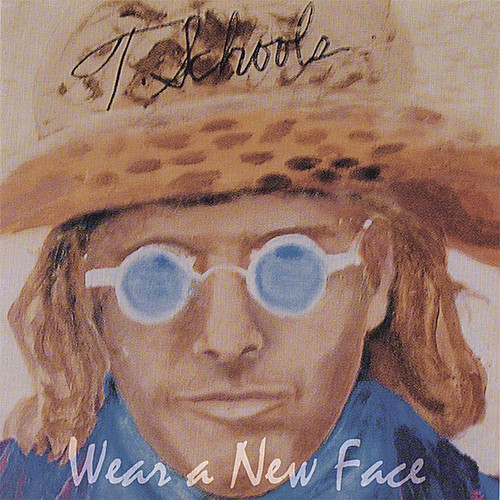 Tim Schools is a self-taught artist. He is a singer, songwriter, composer and guitarist. He has released two albums, The T Schools Experience and Wear A New Face. Rumor has it he's working on a third album. He is the lead and backup singer and plays the acoustic guitar on all albums. Schools was born in Portland, Maine into a musical family. Music has been an important part of his life. Tim emerged as an important singer-songwriter/artist in Chicago where he has performed, as well as in Minneapolis, MN and Portland, ME. Some of his performances include playing the song "For You Blue" while playing the ukulele at a George Harrison birthday celebration in Minneapolis along with Joey Molland of "Badfinger", the legendary Rock band of the 1960's. Schools also opened for guitarist Joey Molland, sideman of George Harrison and John Lennon, at Solera's, in Minneapolis. At the same time Molland was playing with his band the Shakespeare Pipes. Last year Schools held a concert in the Cindy Pitzker Auditorium at the Harold Washington Library, Chicago, IL. All his life, Schools has also been a painter mainly oil on canvas. His works have been exhibited at the Chicago Cultural Center, Harold Washington Library, Chicago, IL and in Portland, ME. At the Chicago Historical Society Schools talked to students about the two art forms of painting and music and their similarities along with Johnny Frigo, the legendary Jazz violinist. Tim Schools is an intensely creative artist. His visual imagery is paralleled by his musical talent. Many of his works can be seen at his website at http://www.timschools.com. Schools was an All State gymnast, in the State of Maine. He was an Olympic contender. Instead, Schools passion took him back to his art of painting and music.