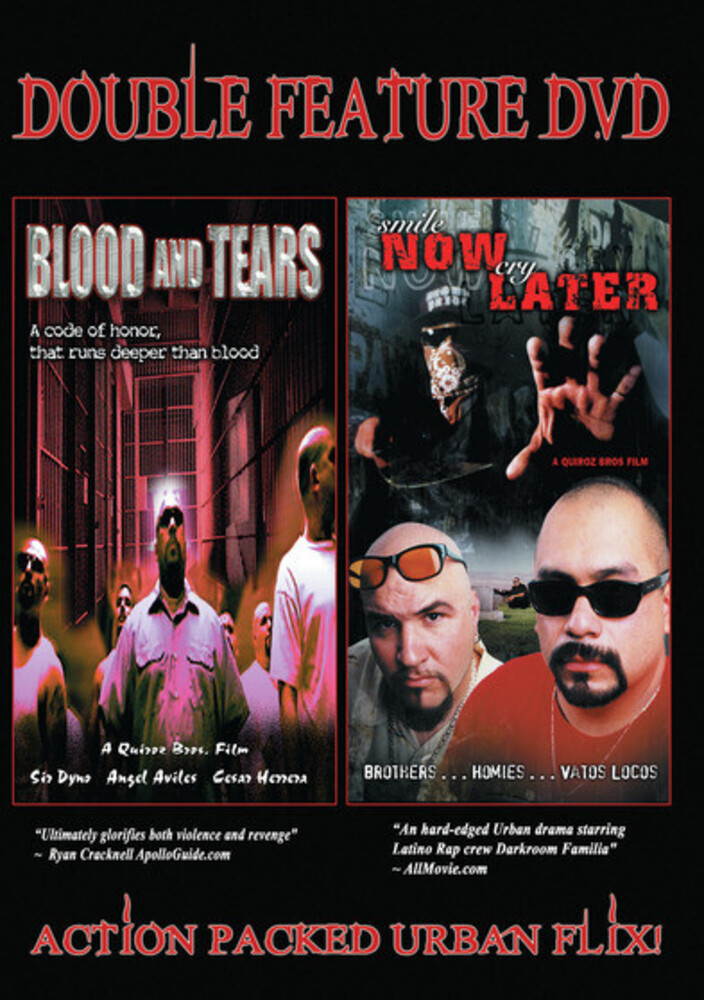 After serving nine years in prison for the revenge-murder of a rival gang member who killed his brother, an ex con returns home. His release sparks the rival gang to seek their own revenge, and now the ex con is torn between loyalty to his gang and loyalty to his wife and daughter. An action packed gang saga with a shocking finale that ends in blood and tears. Starring Angel Aviles Mi Vida Loca, Desperado. SMILE NOW CRY LATER: The story of two Chicano brothers trying to survive in the violent streets of the barrio. One brother wants to live his life straight ever since their older brother was murdered years earlier, while the younger brother is doing whatever it takes to make it in the streets. Whether gang banging, selling dope or violent criminal activities, he is willing to risk his life for the fast money. They are both trying to make it in the independent rap business. Will all the dirt they have done in the past eventually come back to haunt them?
Prices on WaterlooRecords.com do not reflect the prices in our retail store location.
"In Stock" on WaterlooRecords.com does not reflect 'in stock' at our retail location, however it means we have quick order fulfillment (generally 2-3 business days).
back to top