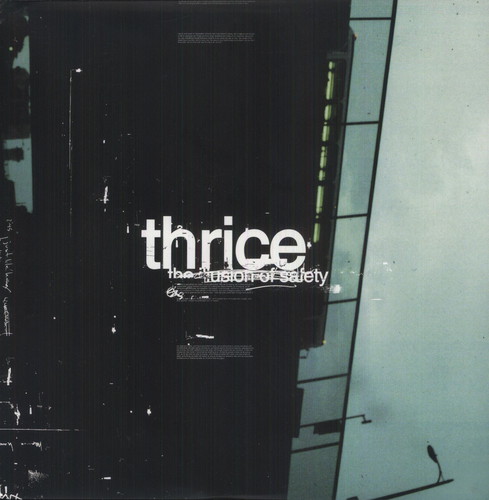 Limited vinyl LP pressing including digital download. The Illusion Of Safety is the second album by alt-rock/emo band Thrice, released in 2002 through Sub City Records. It is the last Thrice album released on the label before the band was signed to Island Records. The album was recorded in Beltsville, Maryland. A portion of the proceeds from the release of the album were donated to A Place Called Home, a non-profit youth center in South Central Los Angeles. Early in their career, the band was known for fast, hard music based in heavily distorted guitars, prominent lead guitar lines, and frequent changes in complex time signatures. This style is exemplified on The Illusion of Safety.
Prices on WaterlooRecords.com do not reflect the prices in our retail store location.
"In Stock" on WaterlooRecords.com does not reflect 'in stock' at our retail location, however it means we have quick order fulfillment (generally 2-3 business days).
back to top