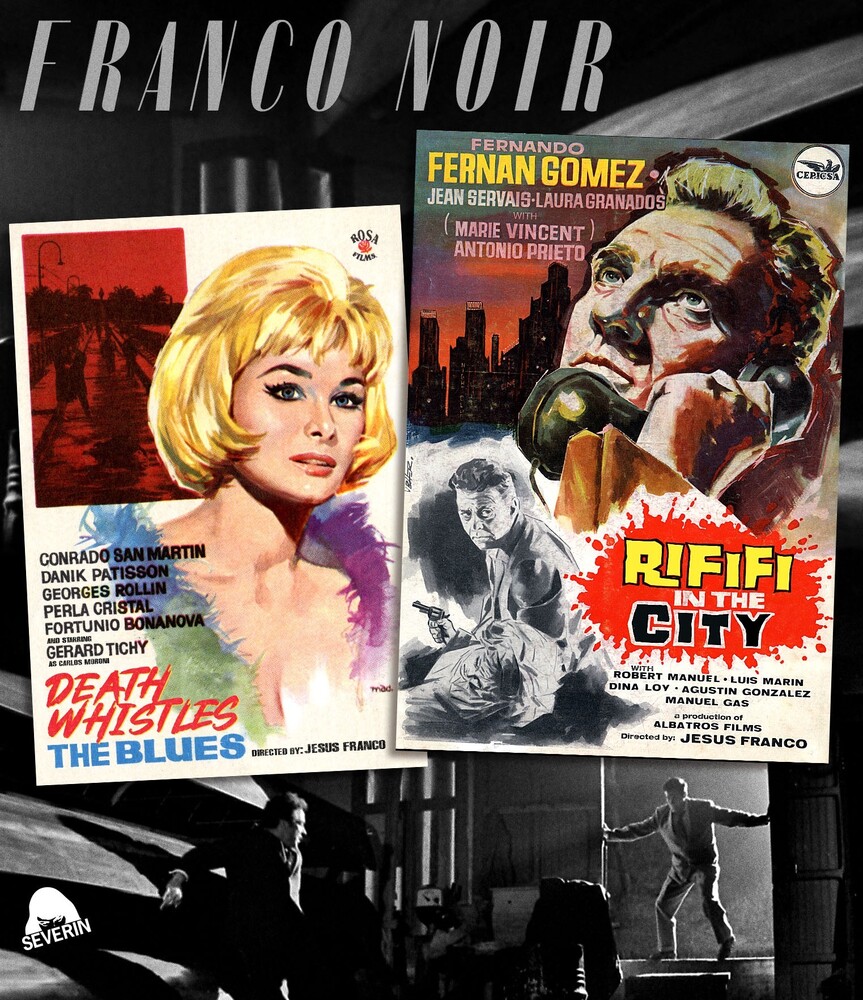 THE AMERICAN PREMIERE OF JESS FRANCO'S TWO LONG-UNSEEN FILM NOIRS Following his international breakthrough with THE AWFUL DR. ORLOFF, director Jess Franco delivered a startling pair of crime thrillers that pistol-whipped European notions of film noir while lighting the fuse on Uncle Jess' own insane aesthetic. Set in New Orleans and based on a novel by the authors of VERTIGO, DEATH WHISTLES THE BLUES is a hard-boiled tale of betrayal, violence and revenge featuring smoky jazz compositions by Franco himself. Jean Servais of RIFIFI fame stars in RIFIFI IN THE CITY, a nihilistic trip through a pulp underworld of thugs, snitches, nightclub dames and black-gloved giallo-style murders. Both films - which led an impressed Orson Welles to hire Franco as his assistant on CHIMES AT MIDNIGHT - now feature HD scans from the original negatives for the first time ever.
Prices on WaterlooRecords.com do not reflect the prices in our retail store location.
"In Stock" on WaterlooRecords.com does not reflect 'in stock' at our retail location, however it means we have quick order fulfillment (generally 2-3 business days).
back to top