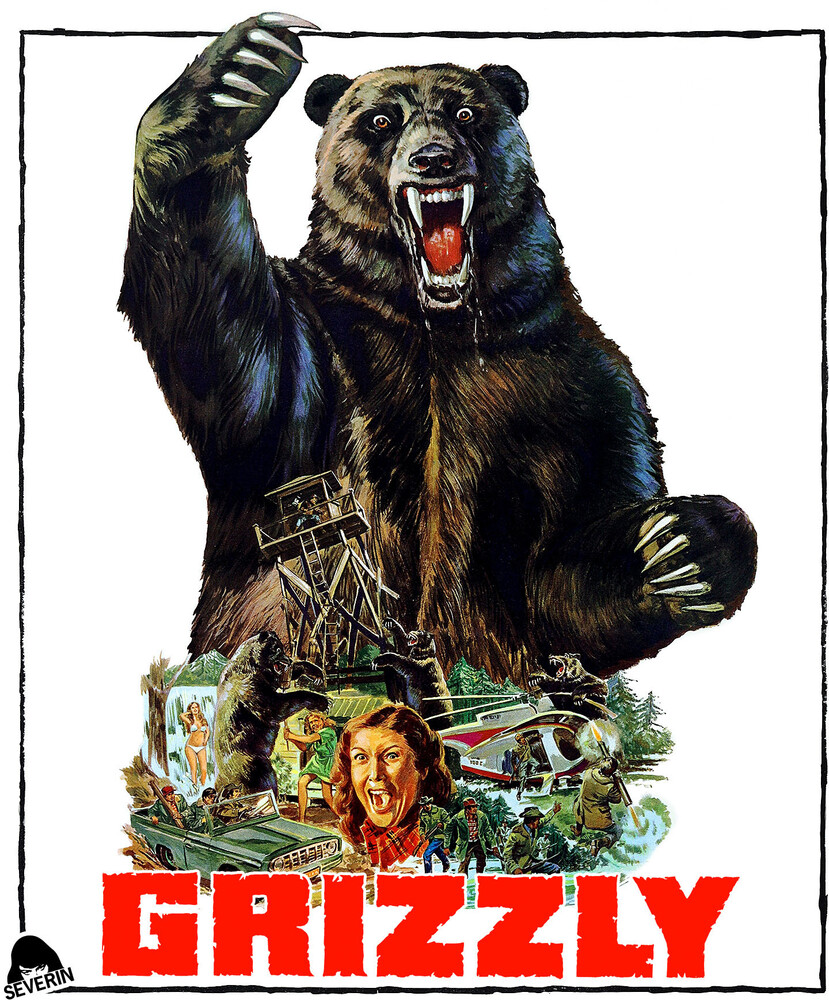 Less than a year after the release of Steven Spielberg's shark blockbuster, director William Girdler (DAY OF THE ANIMALS) and infamous distributor Film Ventures International (GREAT WHITE) brazenly unleashed their own 'JAWS with claws' sensation that would become one of the most successful independent horror films in history. Christopher George (PIECES), Andrew Prine (BARN OF THE NAKED DEAD) and Richard Jaeckel (THE DARK) star in this "bloody, sexy and immortal trash classic" (Mondo Digital) about an 18-foot-tall ursus arctos horribilis on a carnivorous rampage through a state park full of campers, and the ranger, chopper pilot and naturalist who must stop it. GRIZZLY now roars with a 2K scan from the internegative plus Special Features produced exclusively for this edition.