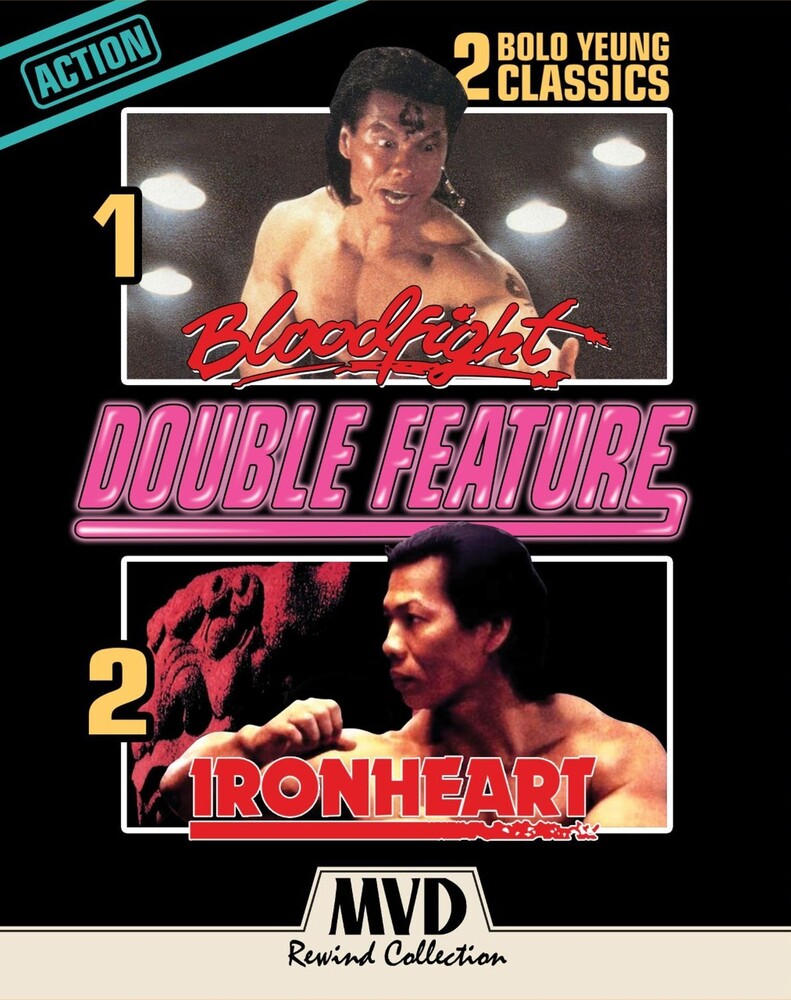 BLOODFIGHT: Bloodfight takes you back to the "arena of death". Chang (Bolo Yeung - Jean Claude Van Damme's final opponent in Bloodsport and Bruce lee's nemesis in Enter The Dragon is the ruthless and unbeatable title holder of the World Free-Fighting Tournament. Kai (Yasuaki Kurata, Fist of Legend), an ex-champion believes different and trains a young student to capture the title. In the final match, Chang shows no sympathy for his young challenger and leaves him motionless in a poll of blood. Kai, outraged, challenges Chang to a one-on-one confrontation - a BLOODFIGHT that will leave only one man standing.IRONHEART: Martial arts expert, John Keem (Britton K. Lee) is out for revenge, but he's in for the fight of his life. His target is, Milverstead (Richard Norton, Mad Max: Fury Road), the ruthless drug dealer that killed his best friend. But to succeed, he's going to have to take on Ice (Bolo Yeung, Double Impact), Milverstead's evil and deadly henchman. It's non-stop action, a full-scale battle of wits and strength - in which only the most powerful will survive