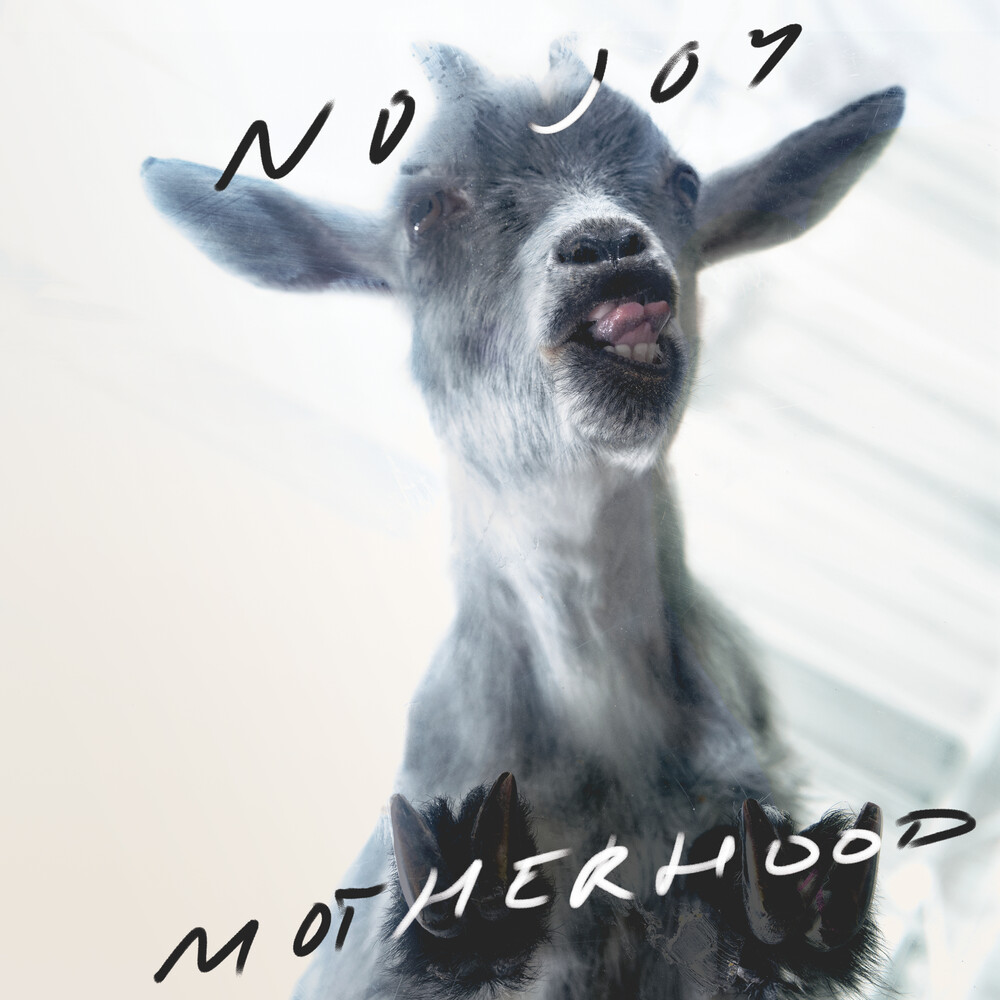 No Joy's relentless sonic permutations are evidence of frontperson and principal songwriter Jasamine White-Gluz's insatiable desire to grow. The Montréal-based project began a decade ago as e-mail-traded riffs; subsequent albums showcased a penchant for delay-saturated jangle, industrial distortion, and sludgey drones over disco beats. White-Gluz, feeling too reliant on her primary instrument, ditched the guitars and detoured to modular electronica for a 2018 EP composed with Sonic Boom (Spacemen 3's Peter Kember). For No Joy's first full length in five years, White-Gluz took what she learned from synthesis, reincorporated guitars, and produced an album that is not a departure from No Joy's early shoegaze, but a stylistically omnivorous expansion that ekes into trip hop, trance and nu-metal. Motherhood is the culmination of years composing outside of her comfort zone, and a return to DIY recording with a leveled-up expertise in production. Touring with genre-divergent artists has honed the band's comfortably multifarious sound; No Joy picked up post-hardcore fans on the road with Quicksand, and ambient techno fans on gigs with Baths. "As long as people are open minded about music, they can hear different things," explains White-Gluz, "Maybe because there are a lot of layers." "A lot of layers" may be an understatement. Lead single "Birthmark" combines the '90s dance rock of Republica with phasing fuzz à la Deftones' brand of loud-quiet-loud. "Dream Rats" (featuring White-Gluz's sister, Alissa, of deathcore supergroup Arch Enemy) manages to cram synth choir, blast beats, cowboy leads, and signal-jammed shredding into a radio-friendly three and a half minutes. "Nothing Will Hurt" melds detuned arpeggios, Berlin school synths, slapped bass, and seemingly infinite vocal facets. Throughout are loving nostalgic nods to the records White-Gluz adored on their release twenty years ago-Massive Attack, Sneaker Pimps, No Doubt. Collaborative, exploratory fun hallmarks No Joy's discography, and Motherhood is no exception. Bandmember Jorge Elbrecht (Ariel Pink, Sky Ferreira, Japanese Breakfast) returns in his role as co-producer and multi-instrumentalist. The band's touring sound engineer Madeleine Campbell, who authors the Women In Sound zine, came on as engineer alongside Chris Walla (Death Cab for Cutie). Drummer Jamie Thompson (Islands, Esmerine) translated rhythmic ideas into hard-hitting performance, and brought in drum machines of his own. Frenetic shredder Tara McLeod (Kittie) makes her No Joy recorded debut, contributing not only guitars but banjos. Somehow plastic clarinet, scrap metal, skits, bongos and an EMS Putney made the mix. Songs went from laptop demos to labyrinthine recordings, tracked primarily at fellow Montrealers Braids' Studio Toute Garnie. White-Gluz laid down the vocals at home, which allowed for experimentation with ethereal harmonies and shrouded ad libs. White-Gluz hadn't read Sheila Heti's Motherhood when she wrote and titled this record, but when she did, the narrative parallels between the two projects were "like looking into a mirror." "Will I regret not opening my insides out?" she sings on "Primal Curse," during which she reads an optimistic letter her mom wrote as a teenager to her future kids. "Time is critical, and you have to make decisions that are extremely time sensitive and your body doesn't care," she explains. "It's a lot of seeing myself through my mother's experiences, and the physicalness of a body getting older." The album also investigates the implications of her parents' aging on her role as their child, as on the DJ-scratching wah groover "Four."Heti's book's central conceit is an open-ended pondering of whether dedication to writing is more significant than the desire to have children. No Joy doesn't definitively answer this existential quagmire, either-how could anyone? Instead, Motherhood is a beautifully dense exploration that proves how thoughtful, thorough music can translate into art that is rich, vast and alive.