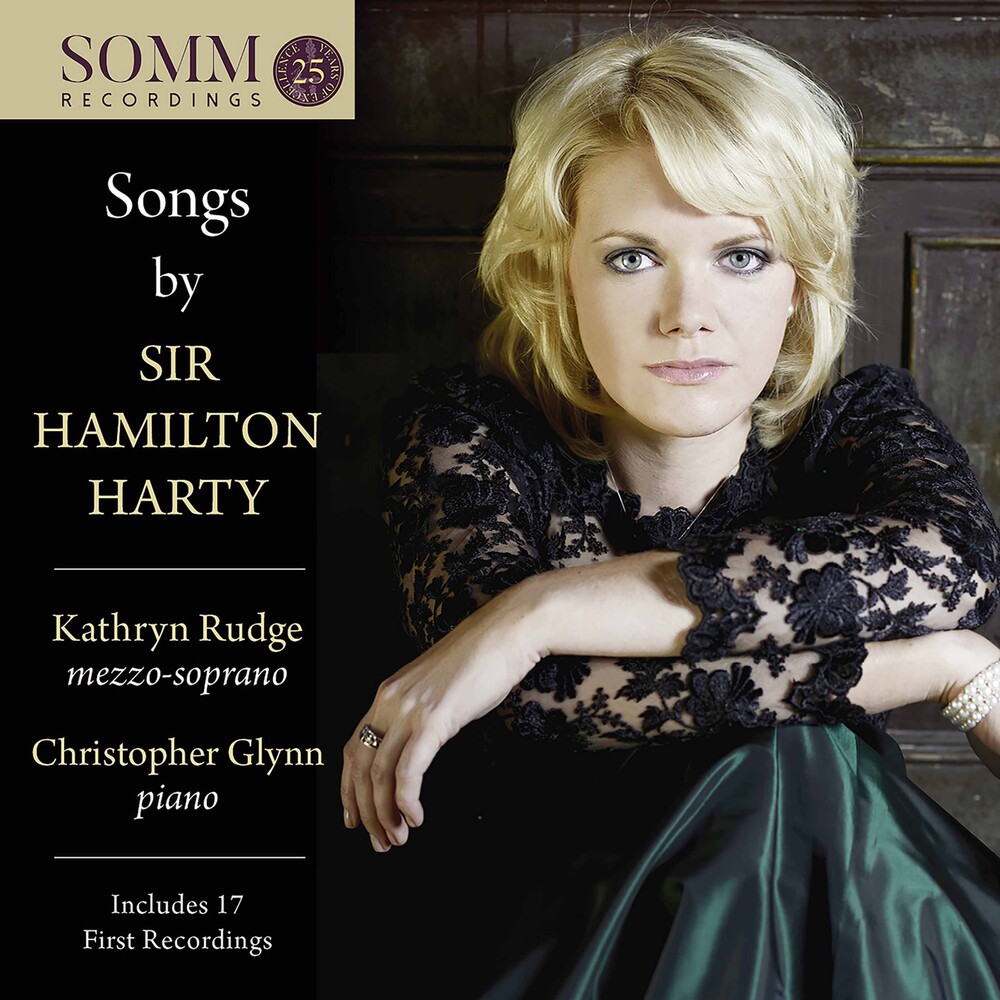 SOMM Recordings is delighted to announce 17 world premiere recordings of Songs by Hamilton Harty in a ravishing recital by one of today's most exciting young partnerships - mezzo-soprano Kathryn Rudge and pianist Christopher Glynn. Although best known today as a composer of orchestral music, Hamilton Harty was also one of the most accomplished accompanists of his generation, forming especially notable partnerships with the sopranos Agnes Nicholls and Elsie Swinton. It prompted, in turn, his increasing activity as an accomplished song writer. The 23 featured songs include settings that speak eloquently of Harty's abiding engagement with his Irish heritage and point, in the technical demands made of vocalist and pianist alike, to his innate understanding of the song form in all it's concentrated, emotional power. Favourite Harty songs such as Sea Wrack, The Blue Hills of Antrim and My Lagan Love are heard alongside settings of Walt Whitman (By the Bivouac's Fitful Flame), Thomas Campion (Come, O Come, My Heart's Delight) and two texts by the composer himself (My Thoughts of You and Adieu, Sweet Amaryllis). Also included are two early, unpublished works for solo piano - Idyll and Arlequin and Columbine. Five songs are heard in new editions created from original manuscripts by British music authority Jeremy Dibble who also provides informative booklet notes.