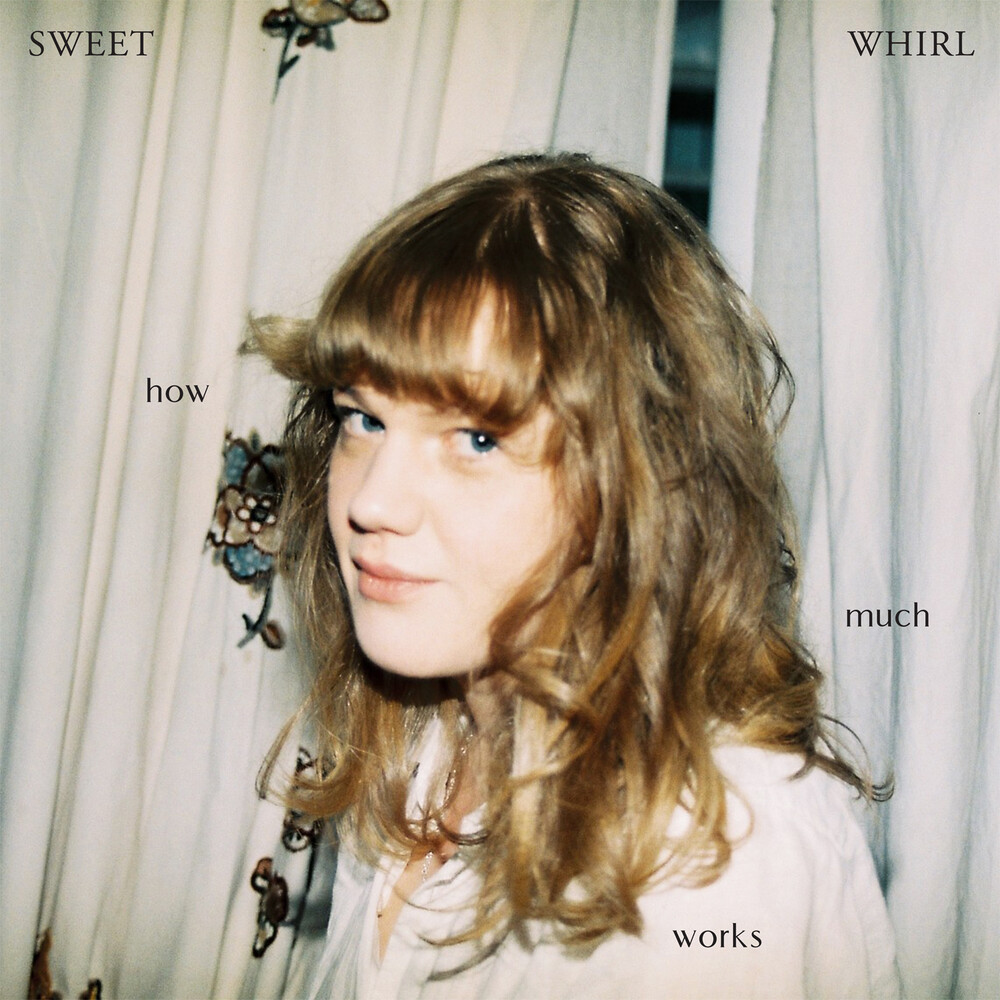 Esther Edquist is Melbourne artist Sweet Whirl. She is also one of the best songwriters you have heard in a very long time. How Much Works is her debut album proper, after a handful of releases acclaimed by the likes of Gorilla Vs Bear, The Guardian and Clash Magazine. How Much Works arrives fully formed, a classic ten song album from an artist with both a command of history and a drive for new expression. The album is a beautifully crafted triumph over bleak moments. It's the love-addled confessions of a seasoned party girl, romantic yet sardonic, a troubadour who sings of the heart with a knowing sense of the timeless victory of song. Esther dissects experiences with wit and depth, emerging as a powerful, indomitable voice. Musically and lyrically, How Much Works draws on wells as deep as Bob Dylan, Joni Mitchell, Jean-Paul Sartre and Sheryl Crow. It distils personal, reflexive narratives into something universal and wondrous. Esther plays almost everything on the album, with guitar and therevox from engineer Casey Hartnett (Sui Zhen, Sleep Decade) and drums from Monty Hartnett (Dreamin Wild, Sleep Decade). Fellow Chapter Music recording artist Gregor contributes backing vocals to Make That Up For Me and Conga Line. Esther has previously served in Melbourne duo Superstar, who released two delay-drenched albums during the mid 10s. She has also been a member of Scott & Charlene's Wedding.