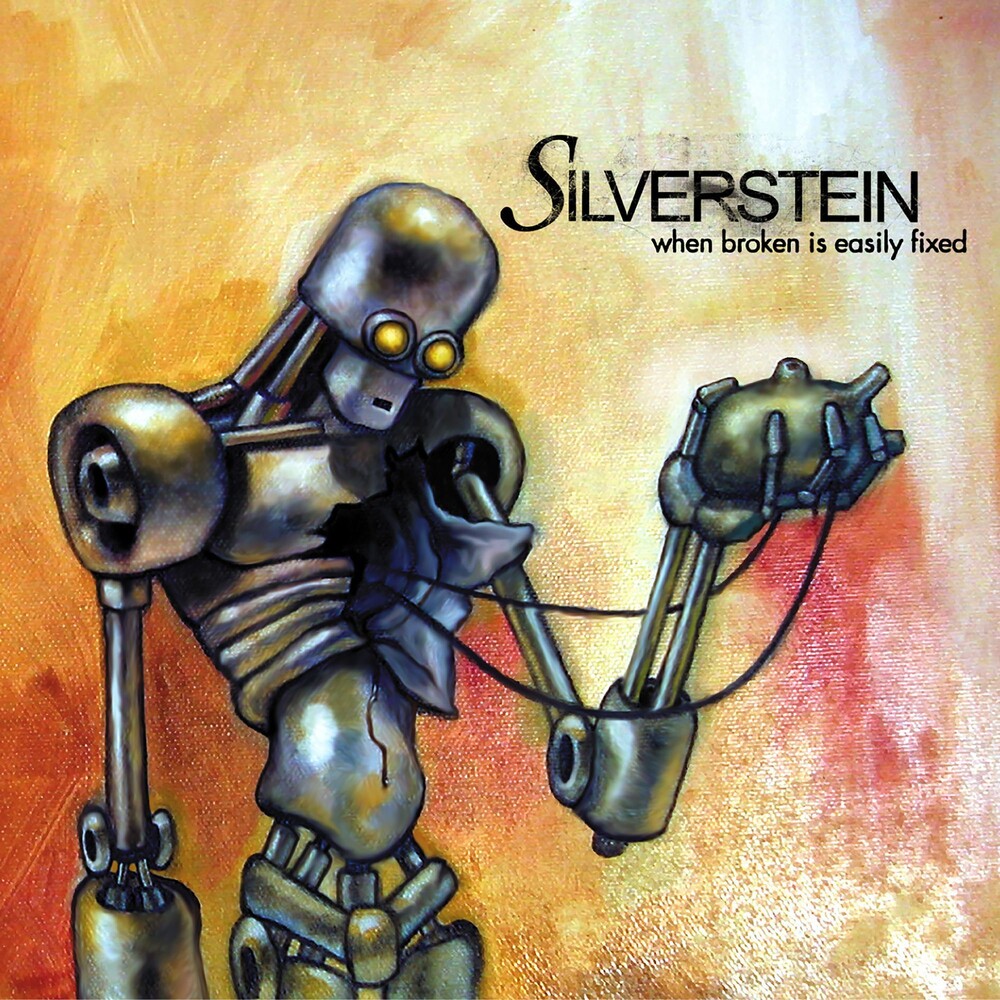 Vinyl LP pressing. When Broken Is Easily Fixed is the debut studio album by Canadian post-hardcore band Silverstein, released in 2003 under the label Victory Records. When Broken Is Easily Fixed was recorded at Mount Fairview and Unity Gain between January and February 2003 with producer Justin Koop. Koop engineered and mixed the album; Koop was assisted by engineer Rob Turri at Mount Fairview. Silverstein formed in 2000. Their band name is a reference to the famous children's author Shel Silverstein, whom the band had admired and read the stories of as children. The band achieved moderate success with their second studio album, Discovering the Waterfront, which was nominated for a Juno Award and reached #34 on the Billboard 200 charts, with the following two albums charting at similar positions. Silverstein has sold over 1,000,000 albums worldwide.