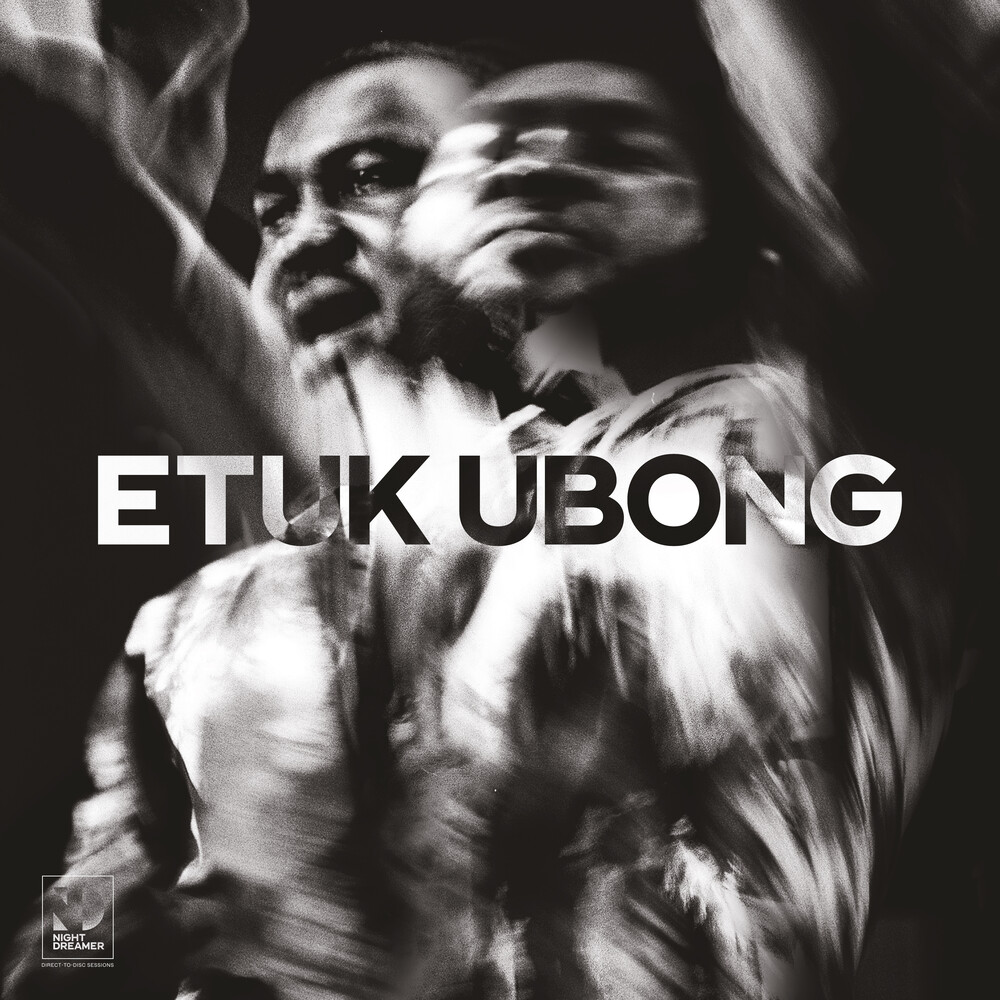 Hailed by none other than Seun Kuti as ?one of the best things to come out of Lagos?, Nigerian trumpeter, composer and bandleader Etuk Ubong has developed an original style he calls ?Earth Music?. Weaving together a unique combination of not only afrobeat, highlife and jazz, but also the ritualistic drumming of Ekombi, the result is urgent and highly energetic, yet spiritual; his compositions reflecting his heritage and life philosophy of goodwill, peace and love for humanity. Ubong?s music is so vibrant and propulsive that one can easily make comparisons with leading lights of the UK scene, such as the Shabaka Hutchings-led Sons of Kemet, but at the same time it is distinctly Nigerian. Ubong was invited by Night Dreamer to record at Haarlem?s Artone Studio, home to an enviable collection of vintage mastering and recording equipment and situated right above a pressing plant. He assembled an international ensemble of the highest calibre to record his compositions direct-to-disc, avoiding the interference created by widely adopted recording techniques and capturing his enigmatic live performance in it's most natural and explosive form. Ubong is joined by another Lagos-based musician, Michael Awosogo, also on trumpet, and a hand-picked group of UK and Netherlands-based musicians who finally after an impromptu show the night before, recorded the whole album in just one sitting on the last day of the five-day session. Much of the music is incredibly fast-paced, and politically charged, particularly on titles such as ?African Struggle? and ?Mass Corruption', with Ubong featuring on both trumpet and lead vocal, leading a five-piece brass section over the percussion-heavy rhythm section and soulful keys supplied by Vels Trio?s Jack Stephenson-Oliver. Etuk uses music to address not only injustice but also humanity and spirituality, most notably on ?Spiritual Change?, a deep cut on which Etuk reflects on Africans need for internal change before they can address the problems around them, stands-out among the rest of the album. Born in the Akwa Ibom State in southern Nigeria, but raised in Lagos, Ubong picked up the trumpet at the age of 14 and never looked back. He went on to study at the Peter King College of Music, Muson School of Music and the University of Cape Town, and aged just 16 was recruited to join the band of the late-great and recently passed highlife musician Victor Olaiya, through whose ranks also passed a young Fela Kuti & Tony Allen before inventing afrobeat. This led to him joining and touring with reggae sensation Buchi, before a fruitful stint with Femi Kuti?s Positive Force, performing frequently at the New Afrika Shrine in Ikeja, and dates with the visionary South African pianist and composer Nduduzo Makhathini, recently signed to Blue Note Records. Already greatly in-demand at home in Lagos, and across Nigeria and Africa, he has launched his own venue, ?The Truth?, the most prolific in the Nigerian capital since Fela Kuti?s Shrine, performing himself three nights a week. At the same time, Etuk?s following in London & the UK has exploded after numerous performances including a mesmerising and widely-discussed session with acclaimed London-based artist collective, event and music community Steam Down, residencies at Jazz re: freshed & the Royal Festival Hall and a storming set at the inaugural edition of Gilles Peterson?s We Out Here Festival. Ubong?s connection to the UK scene, particularly Steam Down and musicians such as Theon Cross from Sons of Kemet, draws attention to exciting parallels. The intensity, the political edge, the crossing of barriers and pursuit of spirituality. Night Dreamer has captured Etuk Ubong, live-and-uncut, at a pivotal point: a highly accomplished musician who has absorbed his home?s musical heritage, created his own sound and already made an impact not only in Lagos but also within the exciting UK and South African jazz scenes. An essential record that transcends the labels of jazz or afrobeat. Let?s call it earth music.