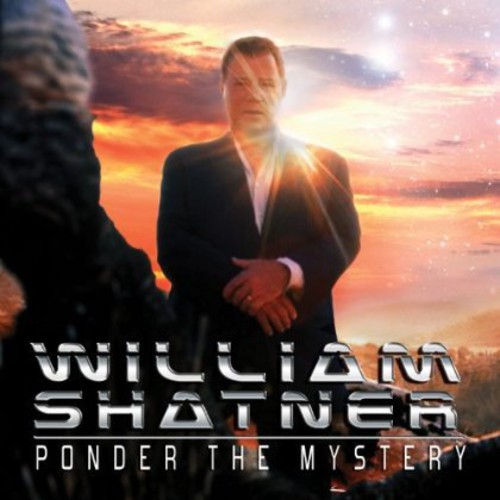 Quite possibly the most creative thing I have ever done. - William Shatner. The Captain of sci-fi is back with his first foray into Prog Rock - a momentous concept album focusing on such rich and timeless themes as aging, depression, love and beauty! Shatner penned all of the lyrics for the album, and his deft and poetic wordplay is sure to delight all of his fans!

Producer extraordinaire and Prog Rock icon Billy Sherwood brings a whole host of incredibly talented musicians aong for the ride including Steve Vai, Rick Wakeman, Hawkwind s Simon House and Nik Turner, Tangerine Dream s Edgar Froese, jazz great Al Di Meola, country superstar Vince Gill, and others!Fresh from the success of the sci-fi themed covers project Seeking Major Tom, William Shatner returns with a brand new concept album that finds the iconic actor/space adventurer with feet firmly planted on the Earth, gazing upward at the vast universe, pondering the many facets of conscious existence. Perhaps Shatner s most personal album to date, Ponder The Mystery is filled with observations (some profound, some humorous, always engaging) on the nature of passing time, the agony and hidden joy of aging, the depths of depression and the glorious heights found in the beauty and wonderment of life! Musically, the album is equally adventurous with a depth of composition and musicianship that matches the weightiness of the lyrical themes. The extraordinarily talented and highly respected Prog Rock producer, Billy Sherwood, paints an aural landscape around Shatner s words that enhances and coalesces the underlying story. Along the way, the duo is helped by the talents of virtuoso guitarists Steve Vai, Al Di Meola and Mick Jones as well as Rick Wakeman, The Doors Robby Krieger and country legend Vince Gill! All in all, this is an experience not to be missed, a journey that, like human existence itself, uncovers more questions than answers, expressing a mystery that can never be resolved yet remains all the more captivating because of it! --Official Press Release