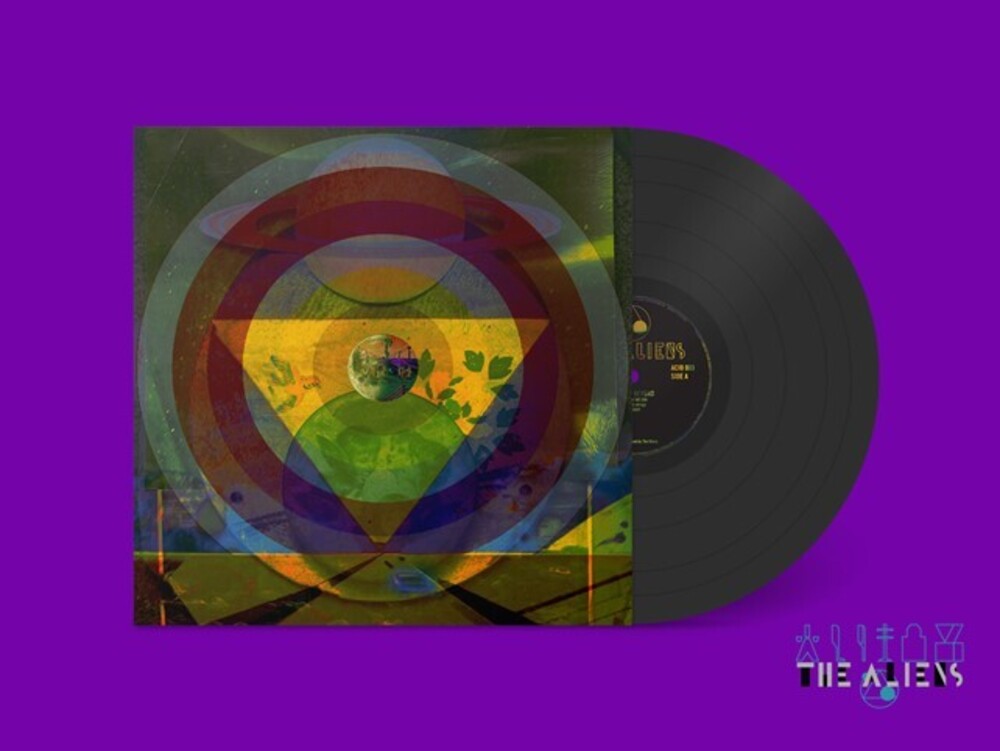 Vinyl LP pressing. The Aliens are a Scottish band consisting of former Beta Band members Gordon Anderson (aka Lone Pigeon, lead vocals, guitar), John Maclean (keyboards, backing vocals) and Robin Jones (drums, backing vocals). The Aliens blazed a trail with two critically acclaimed LP's in the mid to late Noughties - hitting the UK official charts as well as Hollywood film & TV - before mysteriously vanishing from the Humanoid star system. Hot on the heels of marking their return with the surprising electronica-delia of Electronville The Aliens present their latest album-length EP and a return to something more familiar for their long time fans. The A-side on Back To Beyond entails the 10 minute drone rock disasterpiece Follow The Son, the melancholy instrumental sdlmnm strings and the bastard love child of two of their most popular songs in Roxbot. Side B features atmospheric instrumental tingler For Emma, a Robot Man disco mix appropriately titled Reboot Man and finishes with the longer, dirtier, rawer, inbred cousin of fan favourite Magic Man - Majic Man Prequel. Something old, something new, something borrowed, something blue... Back To Beyond is like a wedding of The Aliens. After a dormant decade the mercurial Gordon Anderson AKA Lone Pigeon is on a crusade to release as many of his estimated 10,000 songs as Alienly possible and come to the rescue of the downward spiralling Humanoids of Planet Earth. While The Aliens continue work on their much anticipated new LP the good news is that there's plenty to keep fans occupied in the meantime.