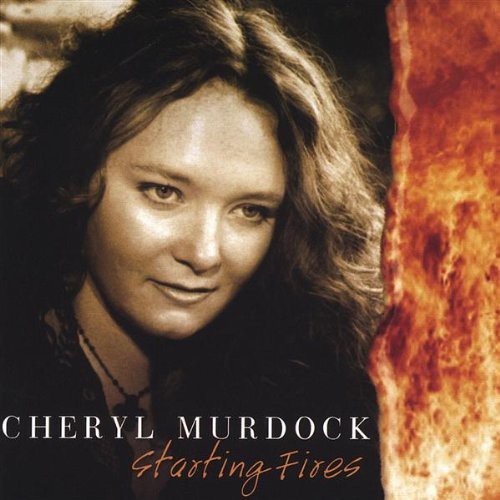 In 2004, Cheryl Murdock released her debut solo CD, 'Starting Fires,' which turns the spotlight on her powerful, lush voice and evocative lyrics. Cheryl nails each rock song in place, effortlessly moving from sultry vulnerability to 'against the wall' strength. 'Starting Fires' showcases Cheryl's range with edgy pop, rock, and Texas-flavored melodic singles. Cheryl's command of different styles garnered her and fellow Austin songwriter Slade Crabtree five nominations covering four musical genres in the recent Austin Songwriters Group Songwriting Contest. Expressed through Cheryl's stirring vocals, their songs won awards in two categories, including first place in pop. Cheryl's original songs reflect an emotional honesty appealing to all listeners. Hard-won insights, satisfying accomplishments, and new starts are all facets of her live and recorded songs. In addition to the title track on the 'Starting Fires' CD, Cheryl's signature songs include 'Big Shoes,' 'I've Waited So Long,' 'Breathe Again,' and 'On the Inside.' A native Texan, Cheryl's been singing since she was a preschooler, memorizing radio tunes and making up songs-excellent early training for the accomplished vocalist and songwriter. Born and raised in San Marcos, Texas, she started singing in her first band, Permanent Smile, when she was 17. She soon joined the group Second Glance, which played original songs in San Marcos and Austin, including clubs on the famed Sixth Street. Second Glance released two albums and attracted major label attention. After settling in Austin, Cheryl next performed briefly with a local cover band before forming the band Shine. Shine developed a strong following and Cheryl continued to hone the songs that eventually found a permanent home in her solo 'Starting Fires' CD. Cheryl's now performing under her own name with talented band back-up-recent shows include a performance before thousands at an outdoor festival. Winning more recognition than ever for her songs and musical ability, Cheryl is poised for continuing growth and an even higher level of solo achievement. ~Karen Roller - 2004.
Prices on WaterlooRecords.com do not reflect the prices in our retail store location.
"In Stock" on WaterlooRecords.com does not reflect 'in stock' at our retail location, however it means we have quick order fulfillment (generally 2-3 business days).
This website uses cookies to personalize content and analyse traffic in order to offer you a better experience.
I accept Learn More
back to top