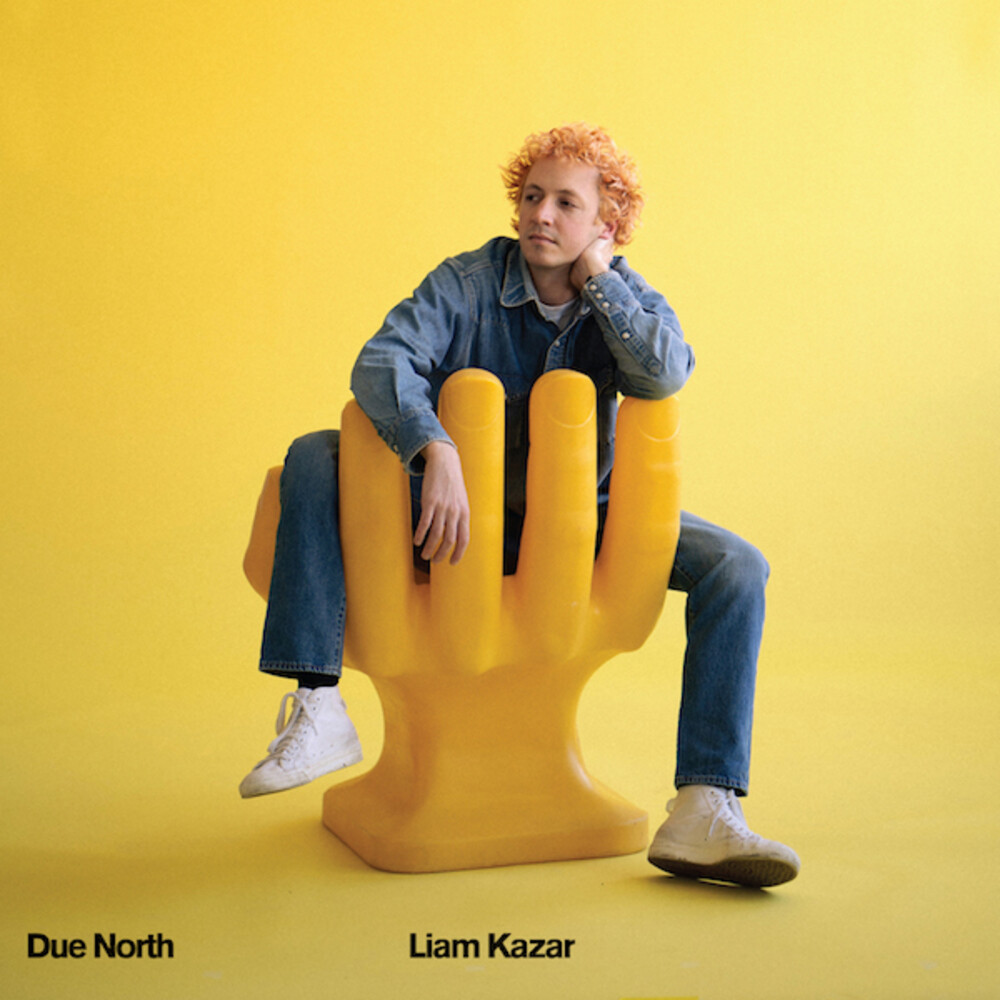 Liam Kazar makes joyful rock songs so irresistible they feel timeless. Just ask Jeff Tweedy. "I love everything about Liam. His voice, his songs, the way he plays instruments, his smile, his cooking... Everything," says Tweedy. "Whenever I hear one of his songs for the first time I almost immediately start thinking to myself, 'oh yeah! This song! I love this song.' It's a magic trick very few people can pull off: making something brand new sound like a cherished memory." But on Kazar's debut album Due North, out via Woodist and Mare Records, the album's ten tracks are full of so much charm, wit, and heart it can't be a sleight of hand.The Kansas City-based, Chicago-raised musician and acclaimed chef / founder of the Armenian pop-up restaurant Isfahan, describes the making of Due North as a personal revelation, where the more he wrote the more his songs showed what kind of artist he's always wanted to be. While he's consistently been a dream bandmate over the past several years, performing with artists like Tweedy, Steve Gunn, Daniel Johnston, and more, making his own songs presented a chance to finally find his own voice. But figuring out how to step out was a rewarding challenge. "This record kind of all stemmed from a conversation I had with Jeff," says Kazar. "I showed him some of my earliest songs I was working on and he told me, 'It sounds like you're writing for the people in your bands, you're not writing for yourself.' He was completely right. I was not writing songs for myself." With that needed insight, Kazar decided to start from scratch and write songs that felt like himself. "These songs totally blew me away the first time I heard them: they sound like David Bowie meets the Band," says Mare Records co-founder Kevin Morby. Due North was mixed by Sam Evian at his Flying Cloud Recordings Studio in upstate New York. Along with drummer Spencer Tweedy and bassist Lane Beckstrom, Kazar enlists keyboardist Dave Curtin (Woongi), co-producer James Elkington on pedal steel, as well as Ohmme and Andrew Sa on backing vocals.