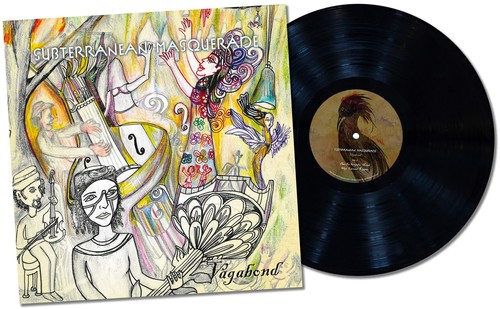 Vinyl LP pressing. 2017 release from the progressive metal band. Formed back in 1997 with an idea to mix progressive rock, doom metal and 70's-inspired psychedelic rock, Subterranean Masquerade creates music with that edge of extreme metal and the loose atmosphere of Pink Floyd and Iron butterfly. While admittedly not such a pioneering idea on it's own, the vision of freeing metal music from genre boundaries, wrapped by grand production is what often make the band's music sound like a carnival of different colors and scents... a masquerade! Started as a project consisting of a variety of changing guest and session musicians, Subterranean Masquerade formed into a band consisting of a constant line-up. In 2013, the band reformed while recording their EP - Home, after six years of no activity.
Prices on WaterlooRecords.com do not reflect the prices in our retail store location.
"In Stock" on WaterlooRecords.com does not reflect 'in stock' at our retail location, however it means we have quick order fulfillment (generally 2-3 business days).
back to top