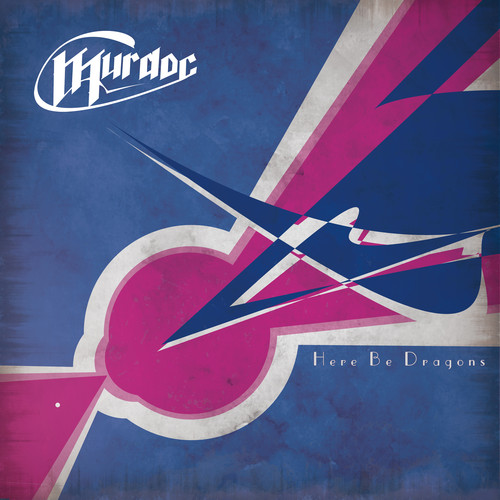 2016 release by the Swedish band. With Innovation and aggression as the guiding stars C.B Murdoc was formed in 2006 out of the remnants of MĂ¶rk Gryning. Intricate and unruly, switching between grandiosity and self-hate in an attempt to compose the soundtrack to the chaotic and often unpleasant human existence. C.B Murdoc is a therapeutic and compulsory creative outlet for the introvert Scandinavian mentality steeped in a mandatory eight-month long winter season. C.B Murdoc is the manic panic attack forced into the light. Here Be Dragons was recorded and mixed by the seasoned producer and engineer Sverker Widgren at newly founded Wing studios, VĂ¤llingby, Sweden. C.B Murdoc is a four piece band based in Stockholm, Sweden which music is described easiest as hardcore metal with a sour twist of death. The origin of the band goes back to 2005 and the disbanding of black metal act MĂ¶rk Gryning from which Johan Ljung, Johan Larsson, C-G BĂ¤ckstrĂ¶m, Henrik Hedberg and Fredrik BoĂ«thius FjĂ¤rem formed the new constellation and decided to develop in a different direction.