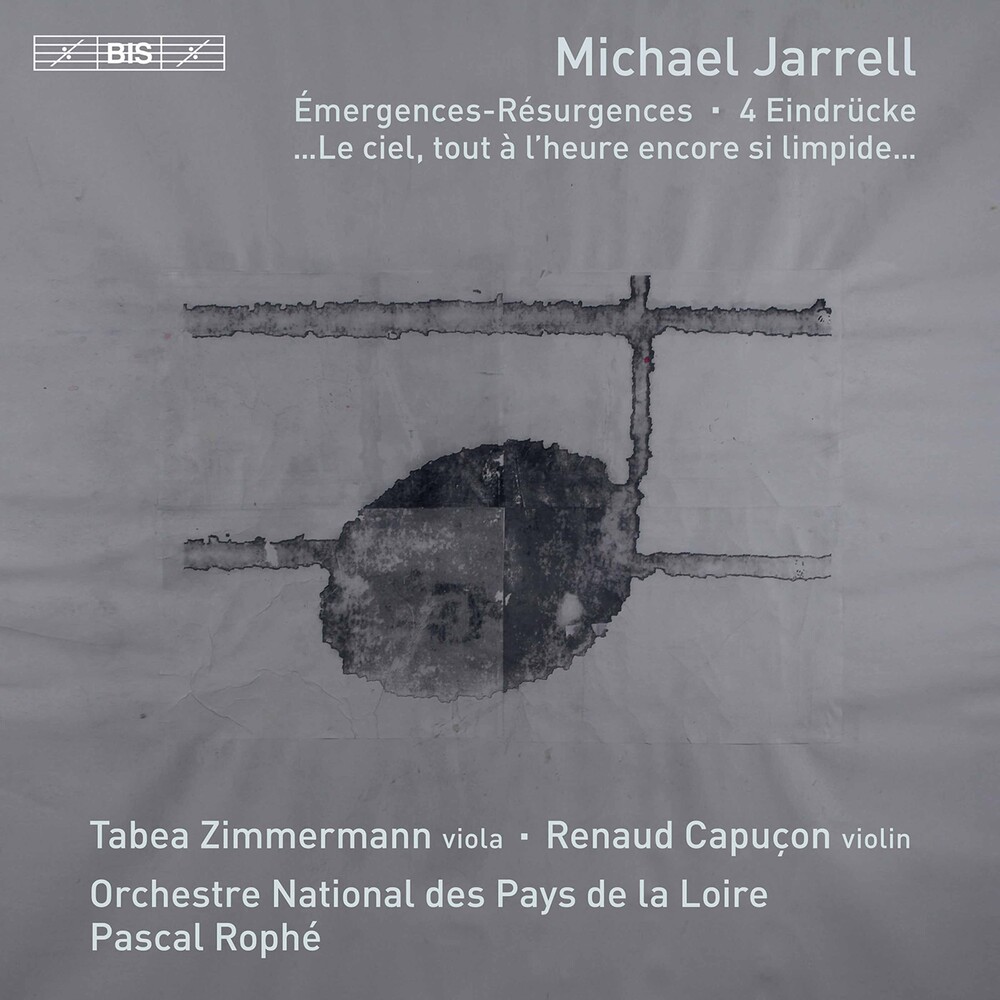 The music of Michael Jarrell has been said to "examine states of dream and unreality, searching for a moment of truth" - a truth which is often found in the lowest sonorities and slowest tempi, a place where time stands still. His works are often interrelated, not only by a certain sensitivity or a distinctive tone, but also by the recurrence of particular features that he reworks in different contexts. The present disc combines two recent concertos, each of them performed by it's dedicatee. In July 2019, three years after they gave the first performance of Émergences-Résurgences, Tabea Zimmermann rejoined l'Orchestre National des Pays de la Loire and Pascal Rophé in order to record the work. In the liner notes Jarrell describes his method in the concerto in visual terms: 'Curves, colors, chiaroscuro or strong lines; I tried to integrate a pictorial dimension into the scheme of this piece...' Jarrell's fourth violin concerto, 4 Eindrücke, is even more recent, and was first performed in 2019 in Tokyo's Suntory Hall by Renaud Capuçon and Pascal Rophé conducting. As suggested by it's title, the work is in four contrasting movements, of which the second stands out in that the soloist plays only pizzicato throughout. Framed by the two concertos is an orchestral work from 2009 which takes it's title from Lucretius: 'the sky, recently so clear, suddenly becomes horribly murky'. Although the work lacks a programme as such, the title paints in words the abrupt contrast between what the composer describes as 'great expressive violence' and an atmosphere that is 'gentle, calm and full of inwardness'.