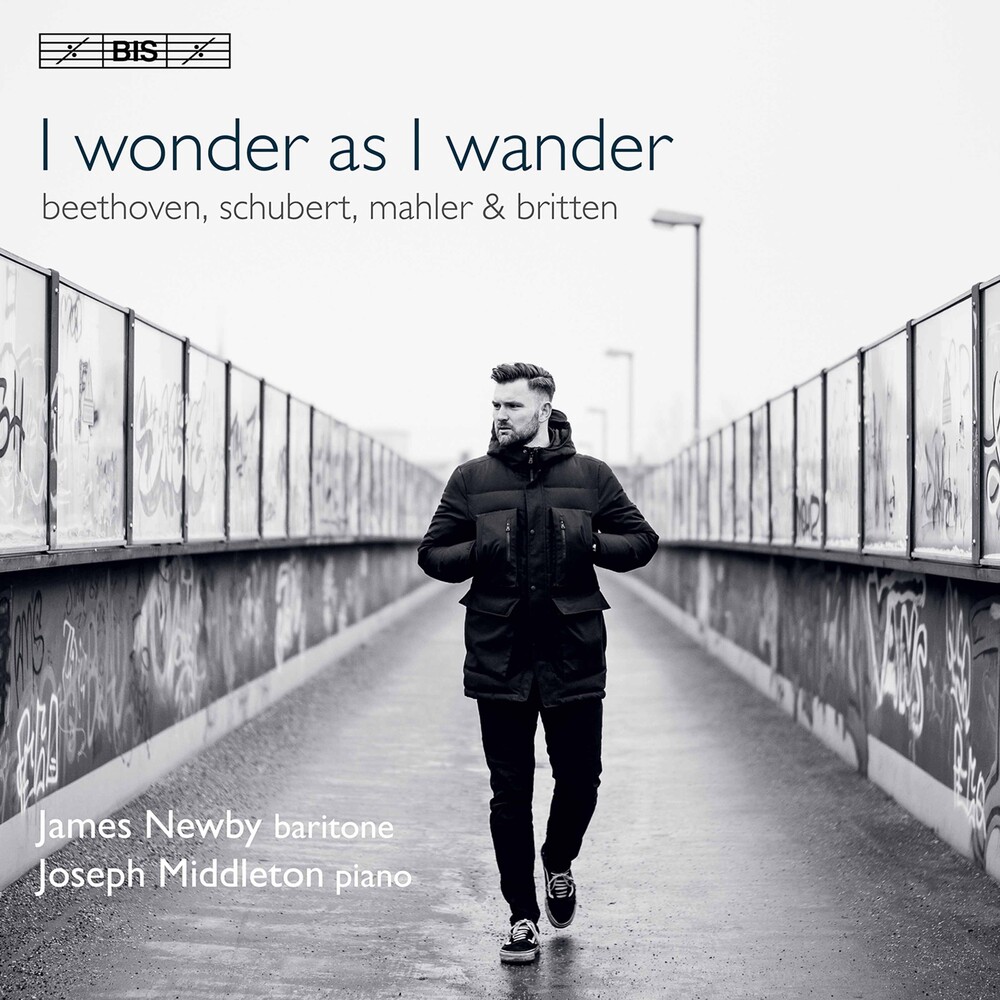 When deciding on the repertoire for his debut album, James Newby's first choice fell on An die ferne Geliebte, songs that he had been performing ever since the beginning of his career. But Beethoven's song cycle - and perhaps even more so the quasi-operatic Adelaide - also sets a tone for the entire album, that of longing and of wanting to be elsewhere, near the distant beloved. These are emotions that Schubert, perhaps more than any other composer, has plumbed in depth, and Newby went on to select five of his songs that in various ways depict the restlessness and loneliness of the eternal wanderer. Mahler is another composer who knew something about longing - for instance that it can be deadly, which he demonstrated with his Zu Straßburg auf der Schanz, in which a soldier awaits execution after trying to desert to his homeland while the piano imitates the muffled rolling of drums. The military theme continues in the high-strung Revelge, as a young soldier marches towards his death, thinking about his sweetheart with ever-greater desperation. The final song by Mahler, Urlicht, expresses the anguish and pain of earthly life, and the longing for Heaven and, in effect, death. Framing this programme with five folk song arrangements by Benjamin Britten, James Newby and Joseph Middleton explore Man's never-ending search (geographical or psychological) for that distant object of desire: who, what or wherever it may be.