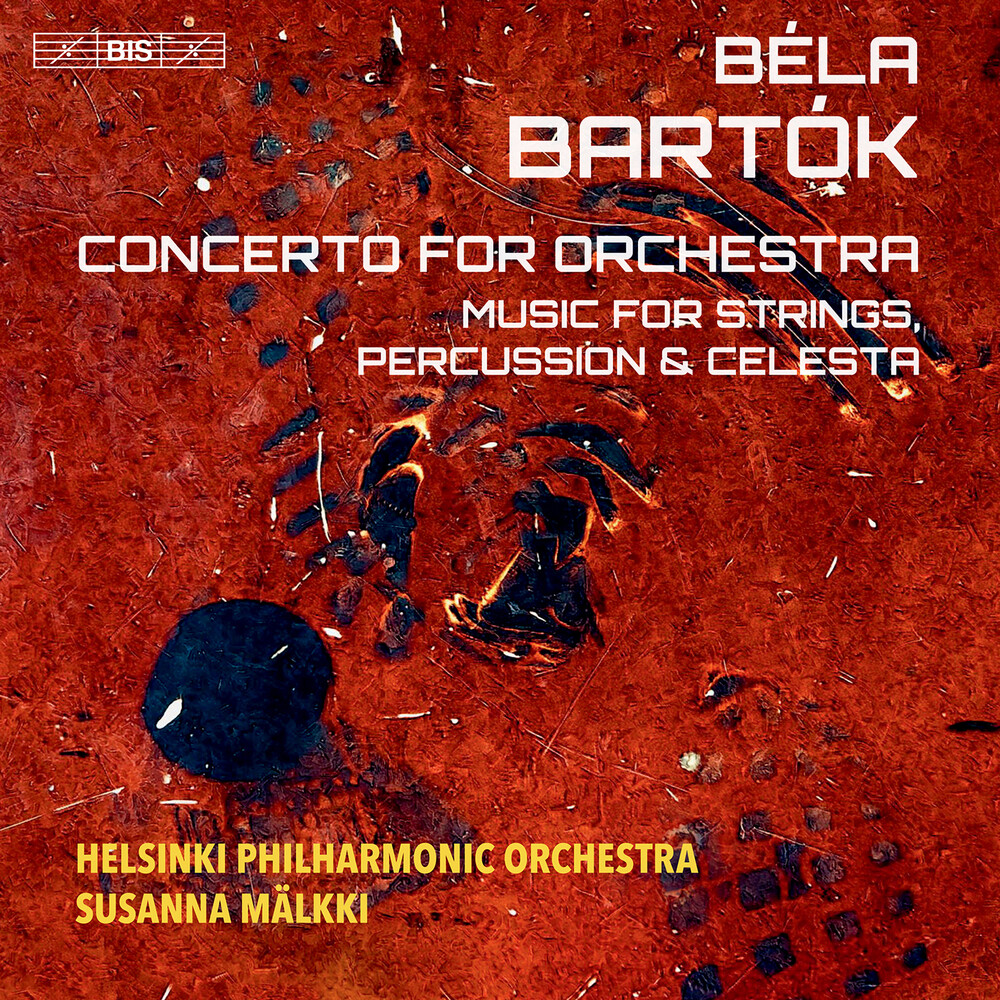 On two highly praised albums, Susanna MĂ¤lkki and her players in the Helsinki Philharmonic Orchestra have released recordings of BĂ©la BartĂ³k's three scores for the stage - The Miraculous Mandarin, The Wooden Prince and Bluebeard's Castle, all written before 1918. The team now takes on two of his late orchestral masterpieces. Composed in 1936 for the Basel Chamber Orchestra, Music for Strings, Percussion and Celesta is one of the purest examples of BartĂ³k's mature style, with it's synthesis of folk music, classicism and modernism. One immediately striking feature is the unusual instrumentation: two string orchestras seated on opposite sides of the stage, with percussion and keyboard instruments in the middle and towards the back. In 1940, during the Second World War, BartĂ³k emigrated to the U.S.A., where he initially found it difficult to compose. In 1943 he received a prestigious commission from the Boston Symphony Orchestra, however, and in less than eight weeks he composed the Concerto for Orchestra. In it he worked with contrasts between different sections of the orchestra, and the soloistic treatment of these groupings was his reason for calling the work a concerto rather than a symphony.