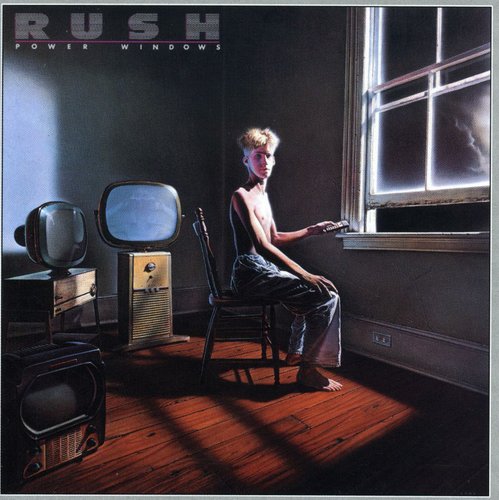 ''Power Windows'' is the 11th studio album by Canadian rock band Rush, released in 1985 (see 1985 in music). Power Windows was the 1st Rush album to be produced by Peter Collins and the album was recorded at The Manor in England, Air Studios in Montserrat and at Sarm East in London.

''Power Windows'' introduced more keyboard synthesizers into the band's sound. Generally, short, echoey guitar "bursts" tend to outnumber solos as well as riffs. “The Big Money” and “Mystic Rhythms” were both made into music videos featured in MTV's rotation at the time.

''Power Windows lyrics are focused primarily on various manifestations of power. For example, the song "Manhattan Project" explores the origins and consequences of the U.S. military's development of the atomic bomb, and "Territories" comments on nationalism around the world. Like "Subdivisions," from the album ''Signals,'' "Middletown Dreams" explores suburban monotony and the average person's attempts to temporarily escape it. - Wikipedia