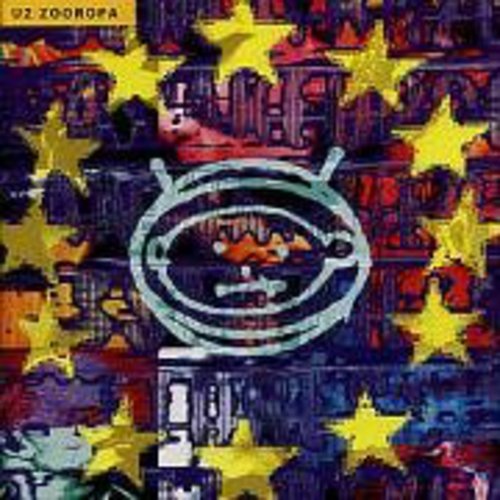 Zooropa
Artist: U2
Format: CD
New: Not in stock
Wish

''Zooropa''<sup id="inlinea" class="reference">[a]</sup> is the eighth studio album by the Irish rock band U2. Produced by Flood, Brian Eno, and The Edge, it was released on 5 July 1993 on Island Records. Inspired by the band's experiences on the Zoo TV Tour, ''Zooropa'' expanded on many of the tour's themes of technology and media oversaturation. The record continued the group's experimentation with alternative rock, electronic dance music, and electronic sound effects that began with their previous album, ''Achtung Baby'', in 1991.

U2 decided to spend a six-month break between legs of the Zoo TV Tour writing and recording new material. The record was originally intended as an EP to promote the "Zooropa" leg of the tour that was to begin in May 1993, but during the sessions, the group decided to extend the record to a full-length LP. Pressed for time, U2 wrote and recorded at a rapid pace, with songs originating from many sources. The album was not completed in time for the tour's resumption, forcing the band to travel between Dublin and their tour destinations in May to complete mixing and recording.

''Zooropa'', much like U2's previous album ''Achtung Baby'', was critically and commercially successful, peaking at number one in several countries, despite none of its three singles—"Numb", "Lemon", and "Stay (Faraway, So Close!)"—being clear hits. In 1994, ''Zooropa'' won a Grammy Award for Best Alternative Music Album. - Wikipedia