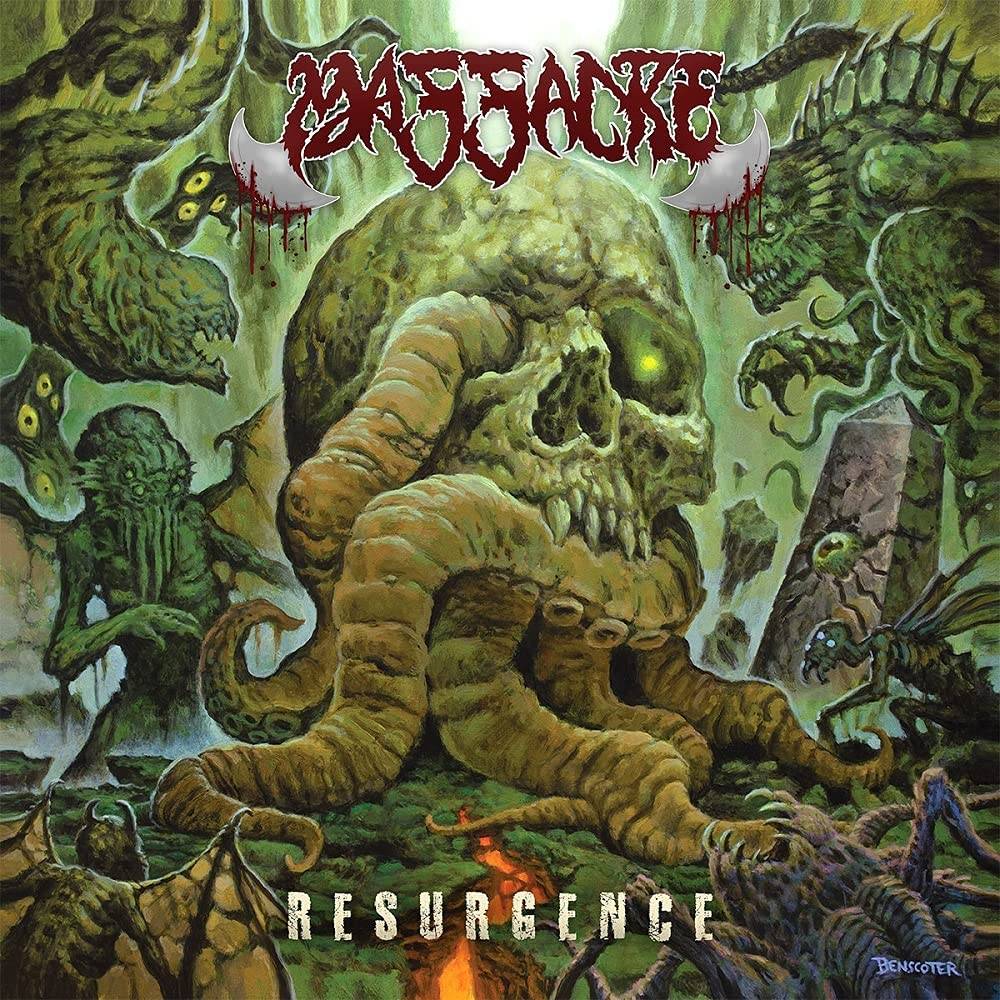 From the classic sci-fi/horror-soundtrack intro to "Eldritch Prophecies" to the bone-chilling savagery of "Book of the Dead," Florida death metal legends Massacre have readepted their squamous throne on new album, Resurgence! Indeed, the foetor of the recent past has subsided for a promising present (and future). The magnitude of Massacre's return-original members Kam Lee (ex-Mantas, ex-Death) and Mike Borders are back in the fold-is incontestable as they harness eldritch powers of the Great Old Ones to properly follow-up From Beyond (1991) and the Inhuman Condition EP (1992). Resurgence finds Massacre born again, and stronger than ever!Massacre formed in 1985 in Tampa, Florida. The group quickly shape-changed into a more stygian form after Lee assumed the frontman position-the sheer unnaturnal quality of Lee's "death growl" on Massacre's Aggressive Tyrant demo (1986) is one of the reasons he's bestowed "innovator" status in death metal. Of course, across a series of full-lengths-1991 classic From Beyond, the unorthodox Promise (1996), and 2014's comeback (under a different lineup) effort Back from Beyond-Massacre have shown resilience and perseverance befitting a band with such an eminent history. Resurgence reclaims knowledge from the Pnakotic Manuscripts, allowing Lee and Borders, along with a new backing band of Rogga Johansson (Megascavenger, Rib Spreader), Jonny Pettersson (Wombbath), Brynjar Helgetun (Crypticus), and Scott Fairfax (Memoriam, As the World Dies), to reconfigure Massacre yet again with otherworldly geometry.There is no mercy on Resurgence. From sheer brutality of "Ruins of R'lyeh" and the old-school riff-fest that is "Spawn of the Succubus" to funereal leads of "Whisperer in the Darkness" and throwback nods on "Return of the Corpse Grinder," this is Massacre at their rawest, heaviest, and most gibbous. To seal the primeval envelope back to 1992, Lee and Borders brought on death metal king Dan SwanĂ¶ (Bloodbath, Infestdead) to co-produce, engineer, mix, and master Resurgence. With Pettersson assisting, Resurgence retains the masonry of old, but has the charnel fortitude of today. Indeed, fans old and new will hear old-school death metal-the Massacre way-and ultimate respect for the genre on Resurgence. Phantasmagoria begins