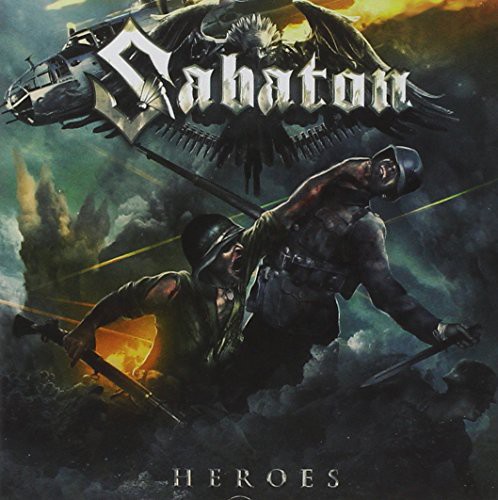 Sabaton's latest album, HEROES, is a concept record based on different historical 20th century wars and battles, telling fascinating stories about heroic men and women on their dangerous missions on battlefields and other belligerent locations, such as Auschwitz. Music-wise, HEROES will strike the metal scene like a fighter aircraft from the clear sky. After serving some ultra-catchy, more traditional Sabaton epics, this Falun-quinet dives into more unprecedented territory with songs such as the powerful 'The Ballad of Bull,' Western-movie themed 'To Hell and Back' and guitar-driven 'Resist and Bite' - the latter one being some of the most up-to-date performances on the endlessly vibrant album.
Prices on WaterlooRecords.com do not reflect the prices in our retail store location.
"In Stock" on WaterlooRecords.com does not reflect 'in stock' at our retail location, however it means we have quick order fulfillment (generally 2-3 business days).
back to top