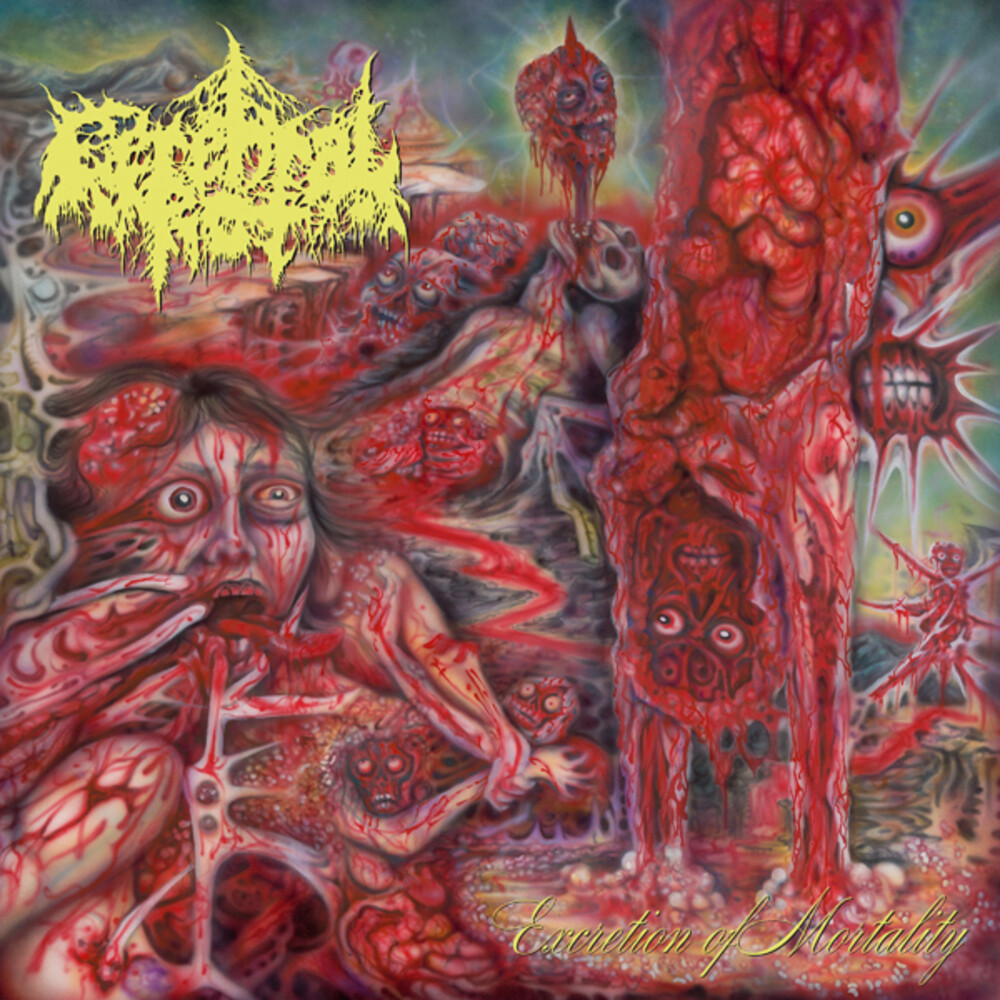 Ascending from the odious decay of their first album, Cerebral Rot passes from animal to human contagion with a new more purulent virus on Excretion Of Mortality. A return of such festering decrepitude and anatomical canker as befits the true adherents of vile and sick underground death metal.Soaked in the swamp of radioactive sewage, Cerebral Rot's tumor like growth on this release bludgeons with a hammering heaviness that few can manage or survive. A methodical focus on attaining maximum barbarism through every aspect of the production, from the meaty, dripping guitars to the immense rhythm section and Schwab's nuclear travesty vocals, to the deceptively straightforward bludgeoning of the songs, exposes a scalpel-like cutting precision to this seemingly base display of horrid malevolence.Before leaving Jack Endino's Soundhouse Studio in Seattle permanently uninhabitable for the next five hundred years, the pungent bubbling mess they set to tape on Excretion Of Mortality lingers there, and everywhere, like a malodorous putrescence at the crossroads of the excremental and the existential.
Prices on WaterlooRecords.com do not reflect the prices in our retail store location.
"In Stock" on WaterlooRecords.com does not reflect 'in stock' at our retail location, however it means we have quick order fulfillment (generally 2-3 business days).
back to top