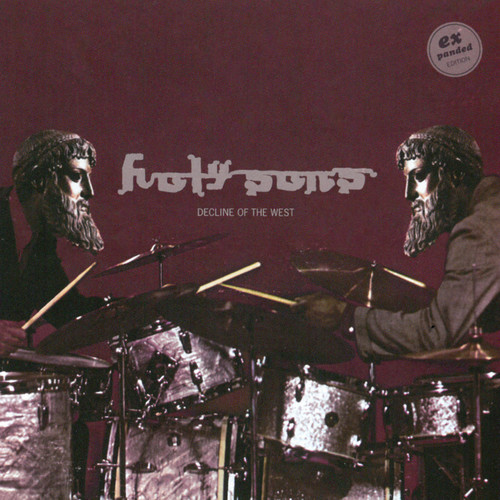 Emil Amos, world renowned as drummer of the illustrious experimental rock groups Om and Grails, has had an increasingly prolific, though relatively unknown, solo career under the moniker Holy Sons. Home recording over 1000 songs since the project’s inception in 1992, Decline represents a vital intersection of style and method in Emil Amos' songwriting and production, combining his genre-hopping tendencies and no-rules mixing methods with the more hook-driven, straight-to-the-jugular phrasing that he has been honing for the last 15 years. Holy Sons' minimalist avant-folk sound journeys through formats as varied as dub, church-hymn, slow-jam, tape-collage, and hip-hop beats ornamented with obtuse banjo-sitar runs, all performed with an inspired punk spirit. The music is organic, dark, and beautiful, documenting a constantly evolving songwriter who possesses a unique gift for distinctive and prolific artistry. Recorded at Amos' home studio in late-night recording sessions that stretched over three years, during which he played every instrument and then mixed and re-mixed each track, Decline is his most stylistically varied effort to date, and a linchpin of Amos' catalogue. Now released for the first time on deluxe double vinyl with seven previously unreleased tracks from the original album sessions.