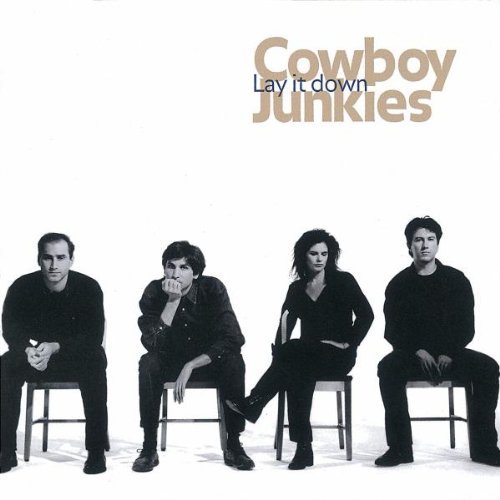 Cowboy Junkies emerged with their '88 release, the Trinity Session; a dark, languid and seductive collection of original songs and country, rock and blues covers, it earned high praise and exposure with the success of their hypnotic cover of "Sweet Jane." on their Geffen debut, the ethereal and cool vocals of Margo Timmins and the writing of musical poet Michael Timmins are at their most impressive yet. Co-produced by John Keane (R.E.M, Indigo Girls) the album is atmospheric, dreamy and intimate. Video for "A Common Disaster."

''Lay it Down'' was a studio album by the Canadian band Cowboy Junkies. Released on February 27, 1996, it was the group's first album for Geffen Records after the end of their contract with RCA Records.

It was the band's first album that could be described as straight-ahead rock, rather than country rock, country or blues. It was also their first album consisting entirely of original material, with no covers. "A Common Disaster" and "Speaking Confidentially" were notable hits for the band on Canadian radio. Like all their albums after ''The Trinity Session'', however, it was only a modest success internationally.

The album also includes two versions of the track "Come Calling", which is presented in male and female versions representing two sides of a relationship of an elderly couple, dealing with the pain and anguish of Alzheimer's Disease.

The "Angel Mine" music video featuring Janeane Garofalo, was filmed at The El Rey Theatre in Los Angeles. - Wikipedia